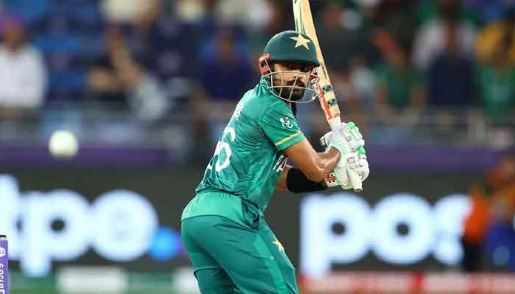 The International Cricket Council (ICC) has announces the official Men’s T20 World Cup Upstox Most Valuable Team of the Tournament, and Babar Azam has been named as its captain, much to the joy of many Pakistanis throughout the globe.

The Most Valuable Team of the Tournament includes cricketers from six separate teams.

Cricketers from World Cup winners Australia, runners-up New Zealand, semi-finalists England and Pakistan, as well as Sri Lanka and South Africa, have been included in the squad.

Jos Buttler has been named as the team’s wicketkeeper, while Pakistan’s Babar Azam has been named captain. Trent Boult of New Zealand and Sri Lanka’s Wanindu Hasaranga, the tournament’s highest wicket-taker, have both been named.

Remarkably, there is no word of any Indian cricketer on the tournament’s squad.

“Pakistan skipper Babar, who was the only batter to cross the 300-run mark during the campaign, leads the side at No. 3.”

“He’s not out against old foes with his 68.” “Three more half-centuries in the Super 12 stages helped seal his team’s spot in the semi-final versus Australia,” it continued.

A representative of the panel that put up the team, according to local press, praised Pakistan’s wicketkeeper batsman Mohammad Rizwan, stating that he was not selected in the team because it already had three of them: Babar Azam, Jos Buttler, and David Warner.

Rizwan was dropped because there was insufficient place for a fourth opener, according to the committee member. The panellists did, however, acknowledge Rizwan’s huge contributions to the Men in Green during the T20 World Cup.