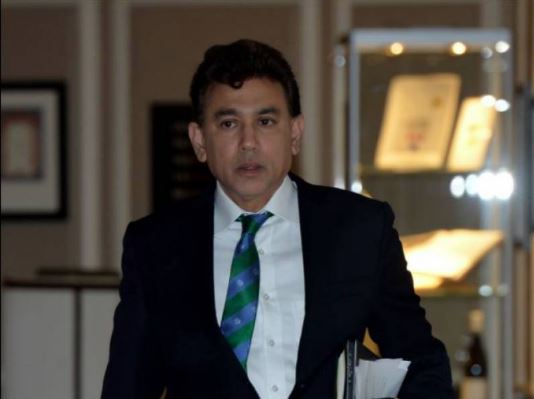 Faisal Hasnain, the previous Chief Financial Officer (CFO) of the International Cricket Council, has been named as the next Chief Executive Officer (CEO) of the Pakistan Cricket Board (PCB), filling the position left vacant by Wasim Khan’s resignation.

According to the Pakistan Cricket Board (PCB), the new CEO is recruited following a thorough recruiting process. He will officially take over in January 2022.

We congratulate Faisal Hasnain on his appointment as Chief Executive and look forward to welcoming him in Lahore https://t.co/v9ZCblEEIM pic.twitter.com/kpdQNjCnkI

Hasnain, the former ICC financial chief, is a Chartered Accountant with a professional career spanning more than three decades in corporate finance and sports administrative jobs with some of the world’s top institutions.

PCB Chairman Ramiz Raja welcomed the new CEO’s selection, saying Hasnain is a recognizable figure in international cricket and is widely acknowledged, respected, and trusted for his brilliance in corporate governance, financial management, and commercial acumen.

Meanwhile, the newly appointed CEO described the position as a once-in-a-lifetime chance to serve Pakistan cricket. He also thanked the PCB chairman and the Board of Governors for their faith in his expertise.

Previously, two names were chosen from among three candidates who recently underwent examination and interviews for the prestigious job.