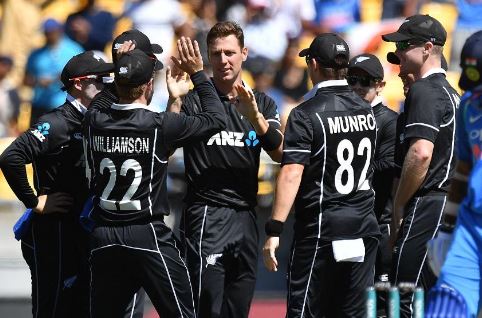 The New Zealand cricket squad’s trip to Pakistan was called off on Friday.

The BLACKCAPS are abandoning their tour of Pakistan following a New Zealand government security alert.

Arrangements are now being made for the team’s departure.

The development came only moments after sources indicated that the first One-Day International match between Pakistan and New Zealand had been called off.

The match had already been cancelled owing to reports that three Pakistani cricketers had tested positive for coronavirus.

The Pakistan Cricket Board (PCB) also made an official statement on the matter. The cricket pitch is still deserted, with no field personnel or broadcast team on hand.

Earlier today, the New Zealand cricket board informed us that they had been alerted to some security alert and have unilaterally decided to postpone the series.

PCB and Govt of Pakistan made fool proof security arrangements for all visiting teams. 1/4

Pakistanis in general, and Islamabad and Rawalpindi supporters in specific, are upset that the match has been cancelled, according to Alia Rasheed.

Abdul Majid Bhatti, a veteran sportswriter, said the PCB was “completely silent” on the issue, despite the fact that it sends out press releases many times a day.

He voiced fear that if the situation worsened, the entire series may be terminated.