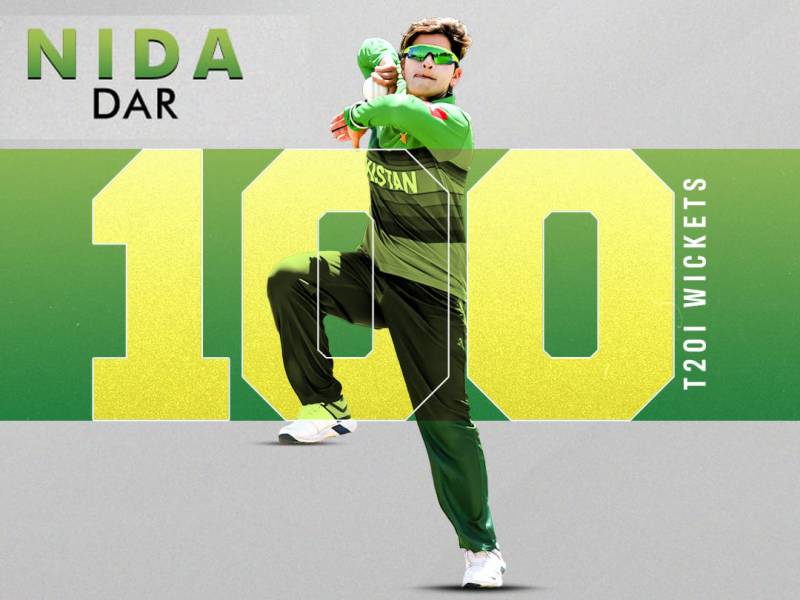 Nida Dar, a Pakistani all-rounder, has joined a select group of female cricketers who have taken 100 T20I wickets.

When she removed Deandra Dottin in the 10th over of the first innings in the first of three T20Is between Pakistan Women and West Indies Women on Wednesday, the 34-year-old accomplished the feat.

Dar is the fifth bowler in women’s cricket to reach the century mark in T20I wickets. Despite Pakistan’s loss against the Windies, Dar set a landmark by being the first Pakistani bowler to hit the century mark.

The Pakistani star Nida Dar stated it had been her ambition for a long time to reach this milestone, and she has now become the first Pakistani bowler to get 100 wickets in the T20s.

Wasim Khan, the PCB’s Chief Executive, congratulated Dar on being the first Pakistani bowler to record a century of wickets in T20I cricket.

Khan congratulated the Gujranwala-born batsman, saying, “This is no mean feat and is a testament to Nida’s hard work and devotion throughout the years.”

‘It is a historic occasion not only for her but for the entire nation since she is the first Asian woman bowler to achieve this feat,’ he continued. Nida is a role model and an inspiration to millions of young ladies who love cricket and follow the game.’