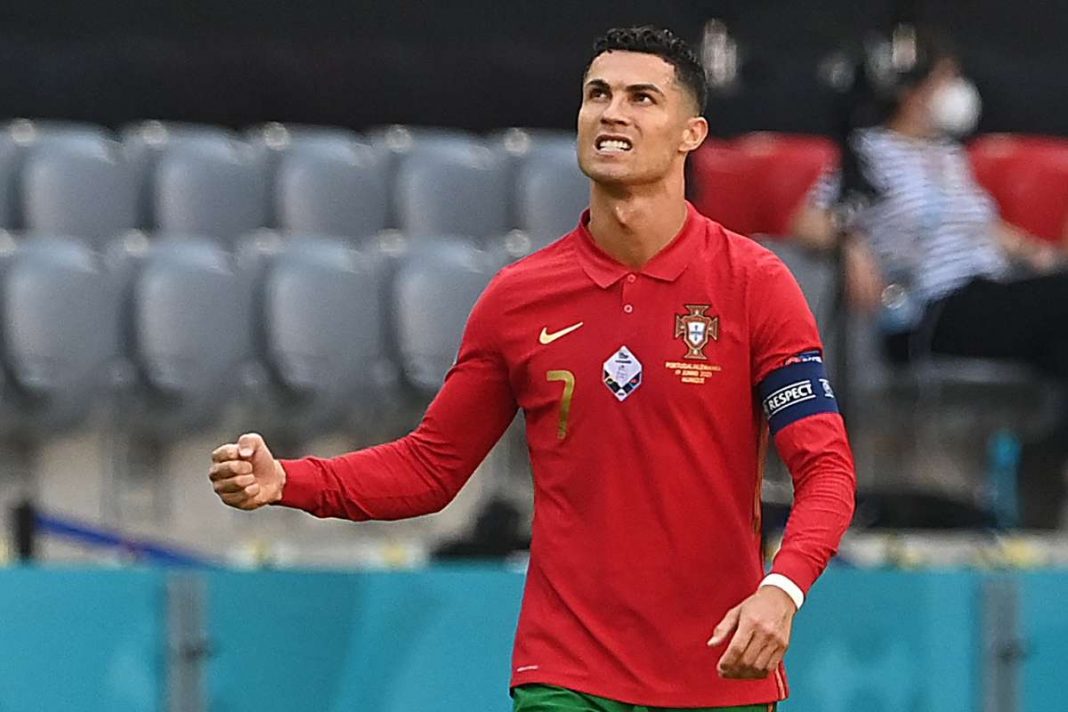 Cristiano Ronaldo, a Portuguese player, has equalled the record for most men’s international goals in football history.

In Portugal’s Euro 2020 match against France on Wednesday, the 36-year-old Juventus striker equalled former Iran forward Ali Daei’s all-time international goal record. For the most recent record, he scored a penalty in Budapest and added another from the sphere when he equalised against France to make it 2-2.

After a double against Hungary, he passed France’s Michel Platini to become the all-time leading scorer in the European Championship, with a total of 14 goals.

According to reports in the foreign press, the star player is the first player to compete in five editions of the event and has five goals in three Group F games.

Meanwhile, between 1993 and 2006, the Iranian player Ali Daei, commonly known as ‘Shariar’ (King in Persian), established a global record of 109 goals in 149 appearances for Iran. The Iranian athlete previously stated that “records are created to be broken” and that “he would be happy if Cristiano Ronaldo broke his record since he feels the 36-year-old ranks alongside Lionel Messi and Diego Maradona among the top three players in history.”

Daei congratulated CR7 on the important milestone, writing on his official Instagram, “Congratulations to @cristiano who is now one goal away from breaking the men’s international goal scoring record, I am honoured that this remarkable achievement will belong to Ronaldo – the great champion of football and caring humanist who inspires and impacts lives all over the world.”