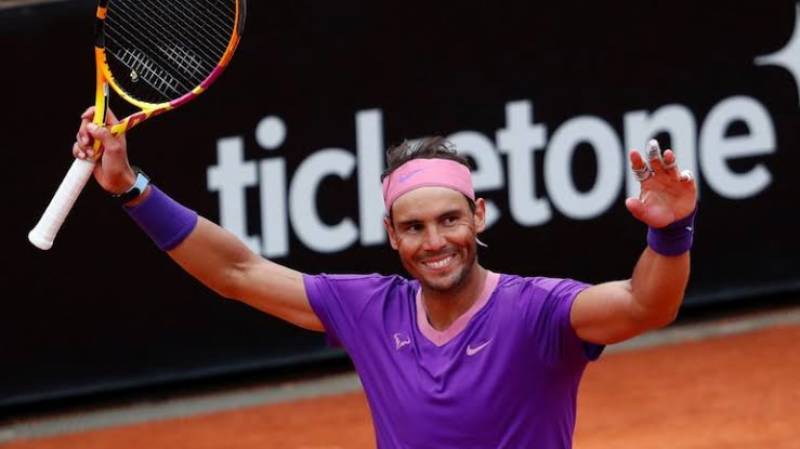 Djokovic had a 29-27 head-to-head edge going into the match, but Nadal proved too strong on the Spaniard’s preferred clay surface.

In Nadal’s previous nine victories in Rome, there had been some triumph parade, but he had to dig really deep to beat his greatest adversary.

Nadal has not had the finest clay-court season, with upset losses in Monte Carlo and Madrid, but his victory at Foro Italico will give him confidence moving into his French Open defence.

With a beautiful drop shot, Nadal fended off a break opportunity in the first game, but Djokovic pressed on and broke when Nadal blasted a backhand into the tramlines.

Another round of La Decima for Nadal, this time in Rome! 🏆

The audience at the Foro Italico was far from full, but they erupted in applause when Nadal collapsed to the ground after a spectacular passing shot in the seventh game.

Rafael Nadal was uneasy at early, but he gathered himself towards the end of the first set, breaking in the 11th game to take the lead, and he held service one game later to clinch the first set.

The goal for Djokovic was to force Nadal to serve out the match, which he achieved after saving a match point on his own serve.

Nadal has previously struggled with nerves in high-pressure situations. But this time, with momentum on his side, he was able to finish the match and win his 10th title in Rome.