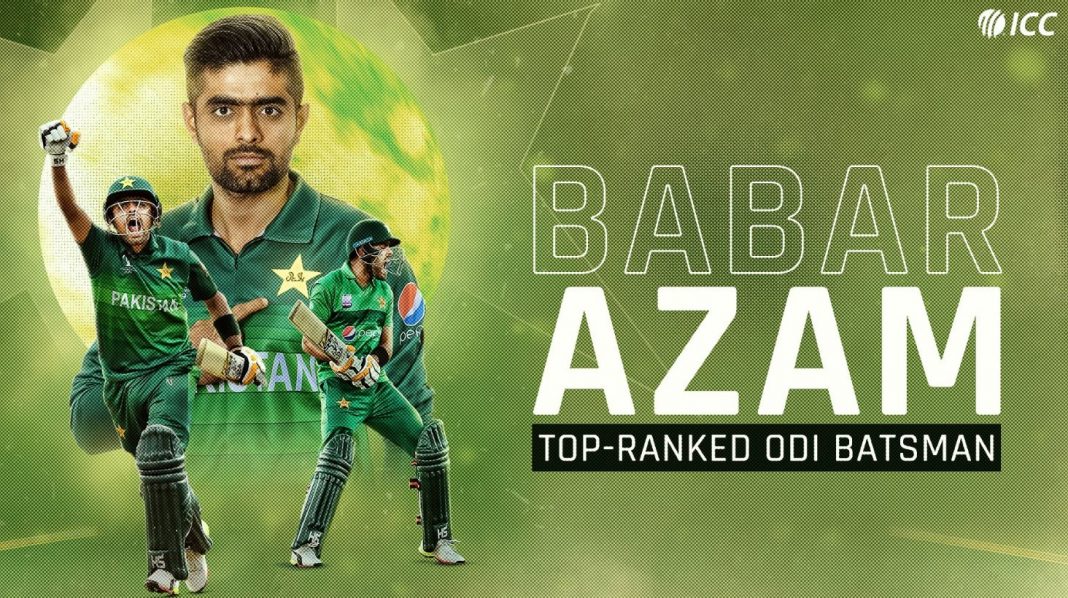 Babar Azam, the captain of Pakistan, dethroned Indian captain Virat Kohli as the top-ranked ODI batsman in the world on Wednesday.

According to the most recent ICC ODI rankings, the 26-year-old is now the top ODI batsman with 865 ratings, followed by India’s Virat Kholi on 857.

The Pakistan captain has overtaken Virat Kohli to become the No.1 batsman in the latest @MRFWorldwide ICC men's ODI rankings 👑 pic.twitter.com/krxoKRDsSY

Kohli’s five-year dominance – who had led the rankings since 2017 – came to an end with the right-handed batsman’s achievement. 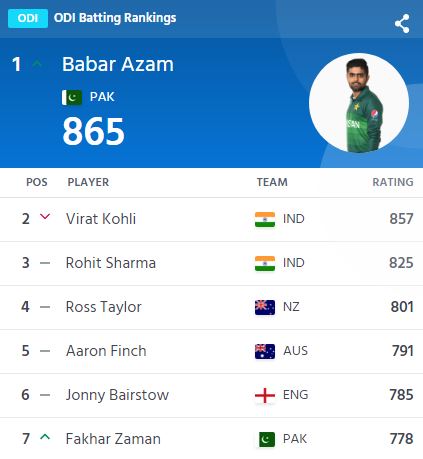 This is the first time Babar Azam has been named the world’s best ODI batsman, and he is just the second Pakistani to do so. In 2003, Pakistan captain Mohammad Yousuf was ranked first in the ODI batting charts.

Fakhar Zaman, meanwhile, has climbed into the top ten of the ODI rankings. After back-to-back hundreds against South Africa in the last two ODIs of the series, the 31-year-old Left-Handed Batsman is now ranked 7 in the rankings.