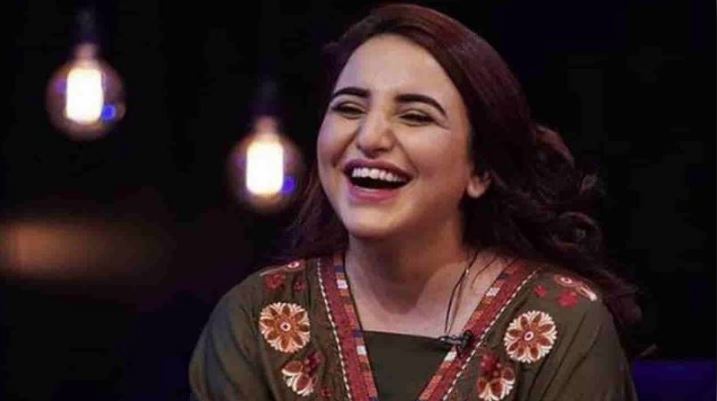 Hareem Shah, the TikTok scandal queen, continues to thrill her fans with her antics and has the public’s attention focused on her.

From daring dances to bizarre TikTok videos, the social media sensation’s larger-than-life presence has garnered both praise and criticism.

This time, Hareem made news for her contentious appearance on the talk show ‘To Be Honest,’ during which she made a prank call to Interior Minister Sheikh Rashid.

In order to get further information on the incident, Shah phoned a number for a contact named ‘Sheikhu,’ which caused the presenter and audience to bust out laughing.

Shah contacted the prominent politician without hesitation, and when he answered the phone, he ordered Hareem to call him later.

The TikTok celebrity, on the other hand, was adamant on speaking with him. The politician was enraged, and he abruptly ended the discussion by asking Hareem to zip it and hang up.

Shah faced a barrage of anger after sharing the contentious video, with netizens strongly advising her against making such an improper behaviour public.

Previously, she made a stir when word of her marriage went viral on the internet.