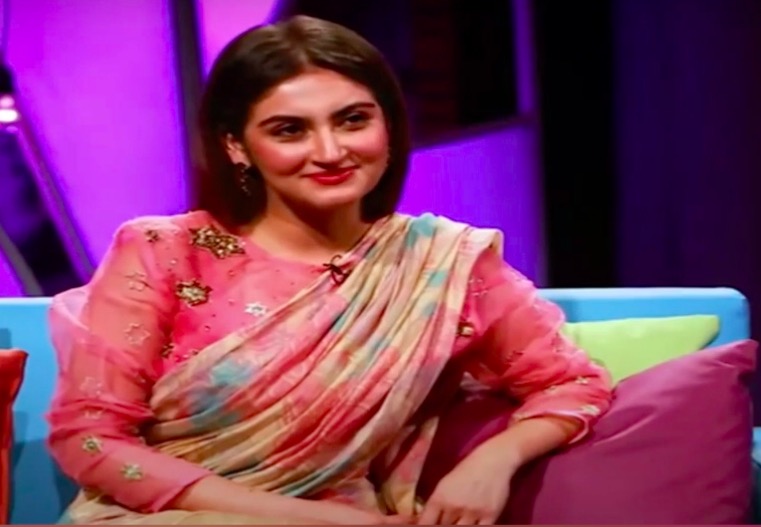 Hiba Bukhari earned popularity in a relatively short period of time thanks to her excellent acting abilities and modest demeanor.

Her stunning performance in the ongoing drama series ‘Meray Hamnasheen’ is garnering attention. Ahsan Khan and Shahzad Sheikh are her co-stars in the drama.

Hassan Chaudhry invited the ‘Deewangi’ diva on his show named ‘The Big Pick‘. The host asked some very straightforward questions. Hassan surprised Hiba Bukhari by asking about her age.

Hiba Bukhari answered the host’s question without any hesitation. She said that she never disguised her age. Further, the actress remarked that aging brings a lot of achievements and accomplishments.