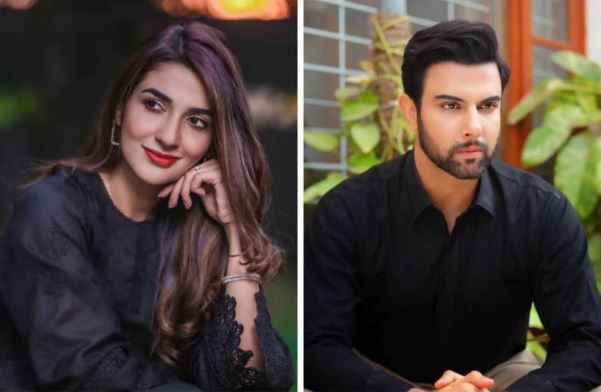 Noor Hassan and Rabab Hashim, both Pakistani artists, are getting ready to co-star in the forthcoming Hum Television show serial Sila-e-Muhabbat.

Momina Duraid produced the play, which was directed by Adeel Siddiqui and written by Nadia Ahmed. Momina Iqbal, Shaheen Khan, Ayesha Mirza, Waseem Abbas, and Agha Mustafa round out the ensemble group.

The trailers have already received positive feedback from fans, and viewers are eagerly anticipating the drama series.

The Humsafar actor gave some facts about the impending film while speaking to a local news site “I’m playing the role of Tabres. Tabres is a really nice and responsible guy, and I believe this is his biggest issue in life. He frequently becomes stymied by all of his obligations.”

The Qarar actress also revealed information about her part Alizeh “Alizeh, my character, is a happy-go-lucky girl. Her life is wonderful until she is hit by a terrible catastrophe.”

The on-screen pair will be starring together for the third time in the drama serial Sila e Muhabbat, and both actors have nothing but respect for one another.

“It’s been a pleasure working with Noor,” she added. “He’s a fantastic co-star.”

“It’s always been a pleasure to work with Rabab; she’s a wonderful supporter who is always willing to offer professional advice, and I admire her talent as an actor. Very nice and always has a strong presence, “Noor elaborated.

According to the principal performers, the drama would most likely be shown on television by the middle of October.