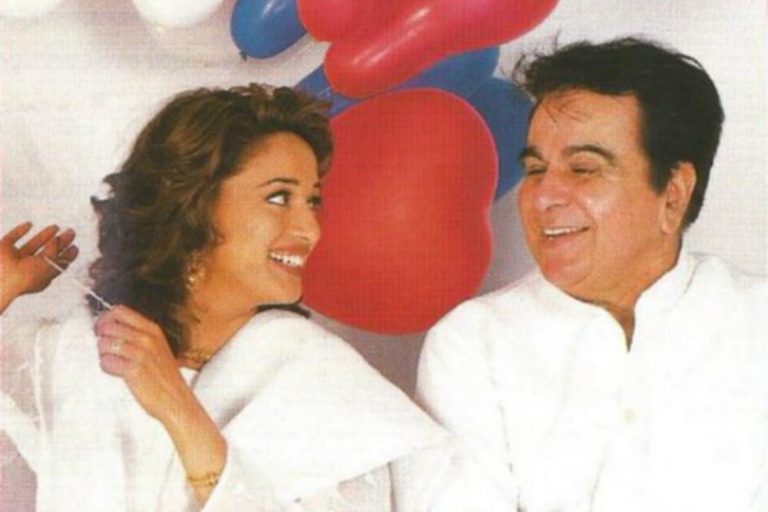 Bollywood has lost yet another celebrity following the deaths of Rishi Kapoor, Irrfan Khan, and Sushant Singh. The death of legendary actor Dilip Kumar was announced today. After a protracted illness, the actor died in Mumbai at the age of 98. Since then, fans and celebrities from all around the world have been commemorating and paying respect to the late actor.

In a tweet, Amitabh Bachchan paid tribute to his former co-star, saying, “An institution is gone.. whenever the history of Indian Cinema will be written, it shall always be ‘before Dilip Kumar, and after Dilip Kumar’..” My prayers for his soul’s peace and for the family’s courage to face this loss… I am really saddened.” They have previously worked together on films such as Shakti.

T 3958 – An institution has gone .. whenever the history of Indian Cinema will be written , it shall always be 'before Dilip Kumar, and after Dilip Kumar' ..
My duas for peace of his soul and the strength to the family to bear this loss .. 🤲🤲🤲
Deeply saddened .. 🙏

Anupam Kher, too, took to Twitter to pay tribute to the late Dilip Kumar with a video. “The legend endures!! For years to come, there will always be a portion of #DilipKumarSaab in every Indian actor! His performances were eerily similar to magic. Thank you, Sir, for the wonderful times I had with you! You’ve taught me a lot about life, living, and acting!” Kher composed music for his Saudagar co-star.

The legend lives on!! There is and there will always be a part of #DilipKumar Saab in every Indian actor for generations to come! His performances were like magic. Thank you Sir for those amazing moments i could spend with you! You taught me so much about life, living & acting! pic.twitter.com/edlguQez9i

Anil Kapoor honoured Dilip Kumar for the place he has in the actor’s heart and the relationships the two families enjoyed. “One of our brightest stars has left us for the skies, so our world is a bit less brilliant today. Dilip Sahab was very close to my father, and I had the great privilege of working with him on three of my most memorable films…

For me, he was and always will be the best and most talented actor in our business… He has influenced several generations of artists. Dilip Sahab, may you rest in peace. “You will live on in our minds and hearts forever,” Kapoor wrote his post, which included several photos of him with Kumar.

Akshay Kumar, Madhuria Dixit, Farah Khan, and Sidharth Malhotra are among others who have paid tribute to the late actor.

I was fortunate to have spent some time with him both on & off screen and I'll cherish those memories forever. Praying for the peace of his departed soul & my heartfelt condolence to the family 🙏💔RIP

A Performer.
An Inspiration.
A Timeless Actor.
🙏💔#DilipKumar pic.twitter.com/sxmswsGuzO

Following the news of Dilip Kumar’s death, Pakistani leaders have also paid tribute to the late actor for his contributions to the world of cinema.

Apart from this, for my generation Dilip Kumar was the greatest and most versatile actor.