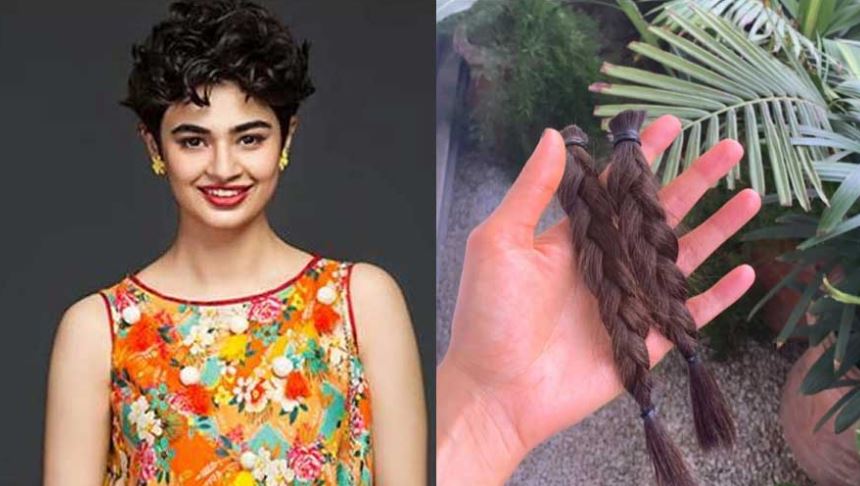 Saheefa Jabbar, a model-turned-actress, has donated her long hair to charity, inspiring several others to do the same.

Saheefa Jabbar posted a photo of two cut braids on Instagram with a brief note after donating her hair. “Was thinking about changing my life another time, and got a haircut. It’s not about cutting it, it’s about power over one’s self,” she wrote.

“In the month of testing powers, it seemed like the right time for it!! Not tryna say this is the right way, just supporting what I believe in, trying to do some good in this world while being myself,” she added.

Her decision to donate her hair for a good cause has also encouraged others. Many people have admired her, as shown by the number of positive comments in her comment section.

Saheefa Jabbar has previously used social media to remind celebrities and followers of the value of decluttering closets for charity. “As of now, I have raised a total of PKR 200,000, and our original goal was to accumulate PKR 500,000,” she wrote on Instagram.

“I have managed to sell most of the items from my closet and a few still remain. I urge you to buy whatever you can, and if possible partake in this cause, try to sort through your old, unused, forgotten clothes and sell them,” she added.

The actress began her career as a model and won praise for her efforts. Saheefa has wowed the viewers with her acting abilities in drama serials such as Teri Meri Kahani and Beti.