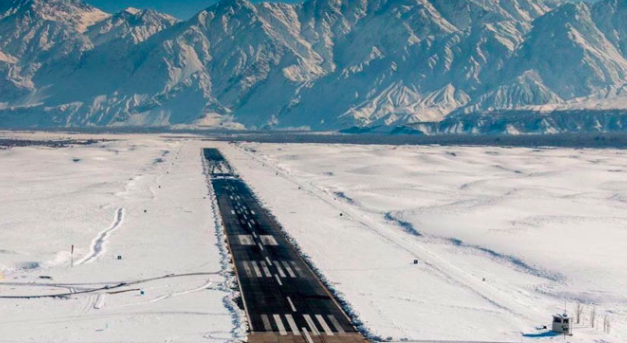 The state’s attempt to encourage tourism and economic development in the picturesque region includes the upgrading of Skardu airport and the construction of the highway.

Also Read: Fast Track Delivery to deliver Passports in 24 hours at your doorstep

Skardu airport, at an elevation of almost 7,000 feet, is one of the world’s highest altitude airports. It has a 12,000-foot main runway as well as an 8,500-foot secondary runway.

Prime Minister Imran Khan stated that due to improved connectivity and the upgrading of Skardu airport to world standards, both foreign and domestic visitors will travel to the region in huge numbers. He went on to say that direct flights will enhance tourism.

He addressed the gathering, “You cannot realize the difference it may bring to your lives. The Gilgit Baltistan possesses the most magnificent mountains in the world.” Because of the tight access to the territory, he claims that people are unaware of Gilgit-Baltistan’s beauty.

Read More: 5 sedans in Pakistan that you can buy for under Rs3.5 million

The development would offer local people job prospects, the prime minister remarked, emphasizing that tourism is Pakistan’s biggest asset. He reminded out that Switzerland is half the area of Gilgit Balochistan yet earns $70 billion from tourism.