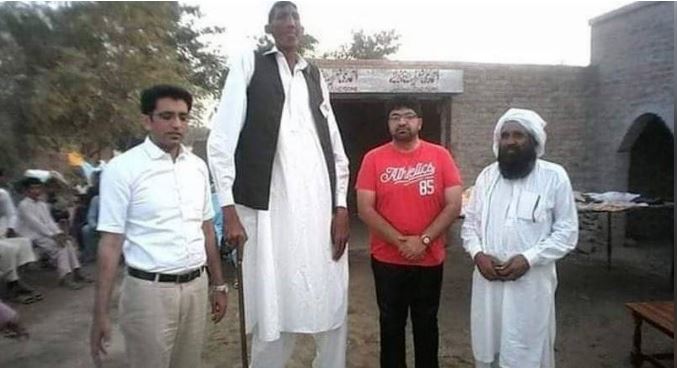 The guy, who soared eight feet two inches tall, died on Wednesday after years of suffering from a bone disease, according to his relatives. Tomorrow, a funerary prayer will be held in the local village.

According to his brother, Abdul Hameed, the funeral prayers would be held at his native town of Thala Sarin. He was also given a monthly pension by the district administration because he was unable to work.

Ijaz’s pelvic bone was fractured in an accident, making his right leg smaller than the other.

Meanwhile, Pakistan’s second tallest man, Naseer Soomro, stands seven feet nine inches tall and suffers from severe lung illness. The provincial government had previously stated that it would cover the costs of Naseer’s medication, who is from Sindh’s Shikarpur area.

Sindh Health Minister gave orders for his hospitalisation at Agha Khan University Hospital in Karachi at the cost of the provincial government. He was placed on a ventilator in a private hospital in 2018 owing to breathing problems.