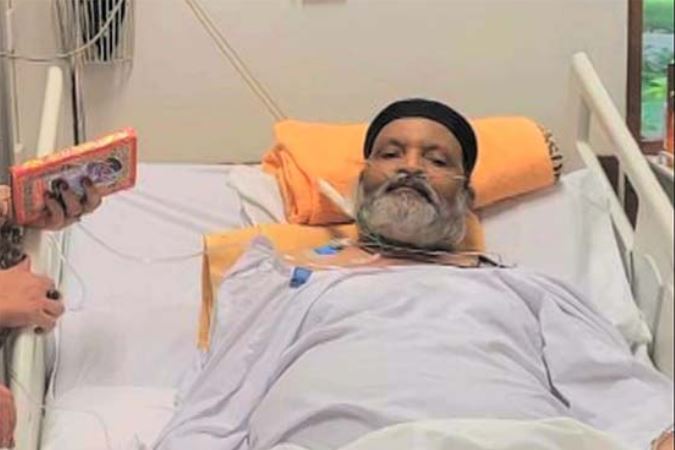 Umer Sharif, a famous comedian, died on Saturday in Germany.

Umer and his wife Zareen Ghazal were being flown to the United States in an air ambulance.

After the renowned comedian’s condition worsened, the air ambulance was made an emergency landing in Germany. Germany approved the emergency landing on medical grounds and granted the comedian and his wife a 15-day visa.

Sharif was hospitalised in Berlin, where he died today.

Celebrities and other well-known personalities including politicians are expressing their sadness on Twitter.

Heartbroken to receive the devastating news of our very own king of comedy #UmerSharif. He was a true gem in our industry and nothing short of a legend amongst us. May Allah grant him the highest place in Jannah. Praying for his family during this difficult time.

Complete loss of words on passing away of the legendary Umar Sharif sahab. May Allah grant him the highest place in Jannah and give his family peace. Ameen.

Saddened to learn about the passing of Umer Shareef Saab. Indeed we belong to Allah and to Him we return. My deepest condolences to His family and Fans.#UmerShareef

Sad to hear about the demise of comedy legend Umar Shareef.
May Allah pak bless his soul and give family courage to bear this loss. Ameen! pic.twitter.com/xmunuX12Im

Deeply saddened to know about the demise of legendary artist Umar Sharif. He was a great man who brought smiles on millions of faces with his brilliant comedy. May Allah give patience to his family & may He have mercy on the departed soul. Aameen

Sharif, who was 66 years old when he died, began his professional career in the theatre. He grabbed the attention of the Karachi audience, which favoured simple, uncomplicated amusement that allowed people to laugh and go home without having to ponder what a certain sentence or phrase meant.

Umer became a national icon, and his stage plays, the most well-known of which were Bakra Qiston Per and Buddha Ghar Pe Hai, were distributed on audio cassettes in Lahore businesses and residences, as well as through speakers installed in Karachi minibuses (W-11).

Later, he transitioned to cinema, and his stint in Lahore as a film actor and director was fruitful – Mr 420 being one example. Sharif returned to his origin of Karachi, where he performed in plays and even hosted debate shows on a few channels, owing to the arrival of satellite TV and the exponential growth of electronic media.