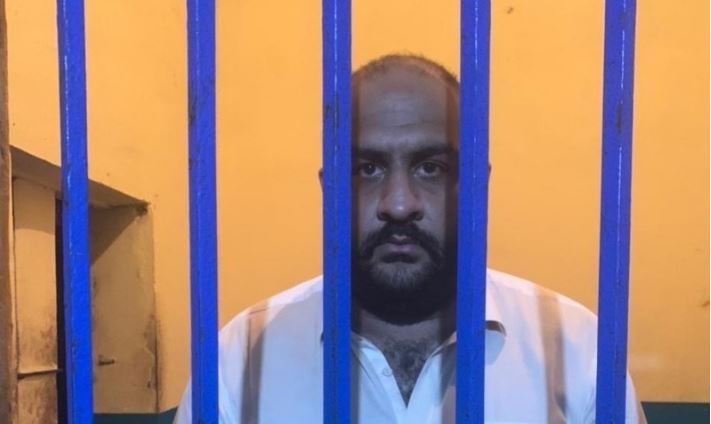 On Tuesday, a district and sessions court in Islamabad charged seven people, along with the primary suspect Usman Mirza, for reportedly tormenting a couple in the capital’s E-11 area.

The charge sheet was presented to the defendants at the hearing, after which they pled not guilty.

The court then ordered the prosecutors to present proof against the defendant and gave warning to the prosecution’s witnesses that their remarks would be recorded.

The hearing was postponed until October 12th.

A video of four people detaining a couple at gunpoint, forcing them to undress, and then beating them up went popular on social media in July, bringing the case to light.

On July 6, an FIR was filed under sections 341 (wrongful restraint), 354A (attack or use of force or violence against a female and stripping her of her clothing), 506 (ii) (criminal intimidation), and 509 (word, gesture, or act designed to offend a lady’s modesty) of the Pakistan Penal Code.

The FIR was later amended to include provisions on rape, sexual assault, extortion, and unlawful detention.

The case’s summons was filed earlier this month and contained horrifying information about how sufferers were coerced to have sex in front of the accused and how the female was tormented into doing a naked dance and being videotaped.

According to the challan, Mirza and his associates pressured the pair to have sex in order to record it and intimidate and extort money from them.

According to the challan, the offenders intimidated the girl with gang rape if she would not conduct intercourse with her companion in front of them, as stated in her testimony before a magistrate under section 164 of the Code of Criminal Procedure.

“I was terrified as a result of their threats; they tormented me and forcibly removed my friend’s pants,” the girl stated in her testimony, adding that “the accused people then forced her to do a naked dance in front of everyone.”

“When I refused, he [Mirza] began to beat me. The challan quoted the girl’s statement as stating, “He hit me and compelled me to walk naked in front of his companions.”

According to the complaint, the accused enjoyed her naked dance and grabbed Rs6,000 from the young guy, adding that following the event, the accused began blackmailing and extorting money from the pair.