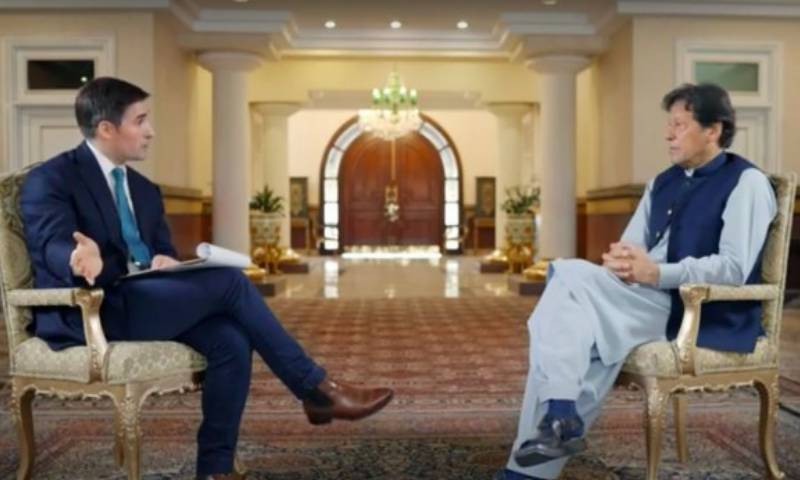 The PTI-led administration has decided to engage HBO Axios’ management regarding altering a segment of Prime Minister Pakistan Imran Khan’s interview in which he discussed sexual assault.

According to reports, HBO altered PM Imran’s interview, particularly a section in which he expressed his opinions on the country’s growing sexual assault.

Axios on HBO suppressed the prime minister’s remarks regarding the crisis in India caused by Hindutva.

Also Read: PM Imran: ‘Unless men are robots, a lady wearing very minimal clothes will have an influence on men’

PM Imran’s entire interview was released by the Prime Leader’s Office (PMO) yesterday, in which the prime minister offered a thorough narrative and answers to the growing sexual assault.

Prime Minister Imran Khan claimed in an interview with HBO Axios that Pakistan will not allow the United States (US) to utilise its facilities for cross-border military operations once American soldiers leave Afghanistan.

“Absolutely not,” he said when asked if Islamabad would allow the Central Intelligence Agency (CIA) to undertake cross-border counter-terrorism activities in Afghanistan.

He said that more than 70,000 Pakistanis died in the war on terror following the 9/11 attacks. “Islamabad has no desire to become involved in any other conflict.”