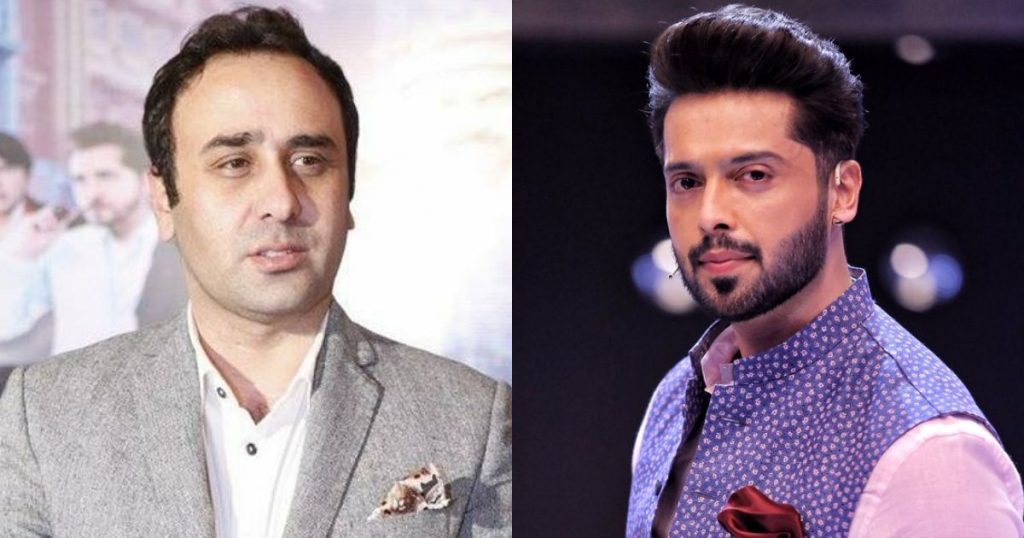 The Couple Show, presented by Aagha Ali and Hina Altaf, featured director Wajahat Rauf and his wife Shazia Wajahat. The show is for real-life famous couples. When Aagha questioned him, “Which artist praises oneself the most?” he replied, “Which artist praises himself the most.” “Wo har interview main apni hi tareef karta rehta hai,” Wajahat remarked. “Wo jo logon ko cheezien bhi bant-ta hai,” says the narrator.

Fahad Mustafa usually praises himself in every interview, according to Wajahat Rauf, the director of Lahore Se Aagay. Although Fahad Mustafa was originally apprehensive about revealing his name, Shazia Wajahat was open enough to firmly accept Fahad’s name on his behalf.

Wajahat and Shazia were joined by Aashir Wajahat, their eldest son.

Wajahat’s directorial debut, Pardey Mein Rehne Do, is set to hit theatres in 2021. Ali Rehman Khan and Hania Aamir play major roles in the film. Shazia, his wife, is producing it through her production company Showcase Films.