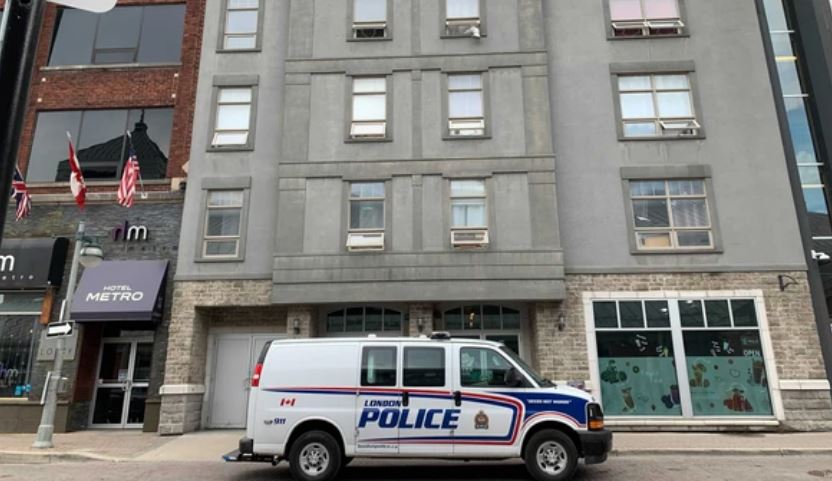 The man charged with four counts of first-degree murder and one count of attempted murder in the killing of a Muslim family in Ontario has now been charged with terrorism.

During a short court appearance Monday morning, federal prosecutor Sarah Shaikh announced the allegations. Nathaniel Veltman also stood in court, his hands clasped in front of him, emotionless. In addition, the 20-year-old is charged with four counts of first-degree murder and one count of attempted murder.

On June 6, Veltman is accused of purposefully running over a Muslim family that was waiting at a London junction. Salman Afzaal, 46, his 44-year-old wife Madiha, their 15-year-old daughter Yumna, and Salman’s 74-year-old mother Talat were all slain. Fayez, the family’s youngest child, is presently healing in the hospital.

Through a news conference last week, London Police Chief Steve Williams said, “Based on information gathered during the course of the inquiry, we think this was an intentional act and that the victims of this awful tragedy were targeted.” “We feel they were singled out because of their Muslim faith.”

A witness to Veltman’s arrest reported the young man was laughing as he was being brought into custody, according to a guy who knew him. Police have yet to give any proof to the public as to why they believe the deaths were “hate-motivated.” When questioned by VICE World News about the evidence, London Police stated they couldn’t comment since the “case is before the courts.”

The deaths were previously classified as terrorism by Prime Minister Justin Trudeau.

In a House of Commons statement last week, Trudeau stated, “Their lives were snatched in a horrific, vicious, blatant act of violence.” “This was not an accident. This was a hate-motivated terrorist strike in the heart of one of our communities.”

Terrorism-related charges have mostly been reserved for Islamist assaults in Canada, a practice that has drawn widespread criticism, particularly in the aftermath of the Toronto van attack and the mosque shootings in Quebec City. However, this appears to be changing. Terrorism charges have been brought against a young man who killed a lady with a machete in a Toronto massage parlor last year; he is thought to be linked to the extremist subculture.