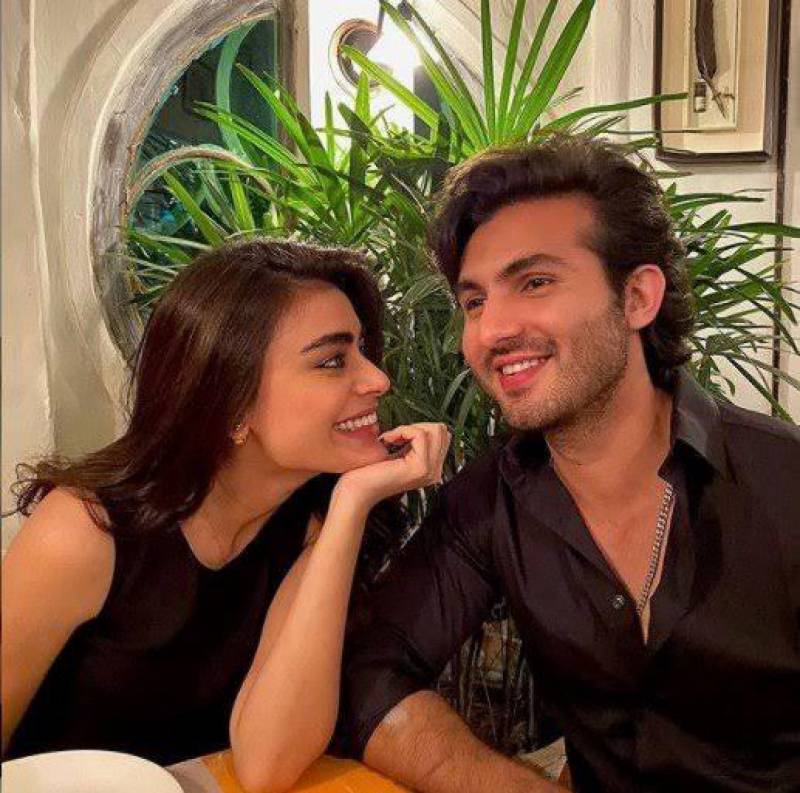 Shahroz Sabzwari and his wife Sadaf Kanwal are celebrating their first wedding anniversary today, and the couple has eschewed the traditional flowers and chocolates in favour of keeping it genuine.

Instead of the typical anniversary messages, Shahroz Sabzwari keeps it sweet and short by posting a humorous short video of his wife on his Instagram account.

“No lovey-dovey run of the mill Anniversary Post,” he said in a statement of thanks to the supermodel, professing his love for her. A true why I love you so much VIDEO that makes me laugh every time haha,” she said, followed by a heart emoji.

“Happy 1st Anniversary to us,” he added to his anniversary special post.

Shahroz Sabzwari married Sadaf Kanwal in May, just a few months after calling it quits with Syra Yousaf at the start of 2020.

The Nand actor produced a video statement denying rumours of cheating on his wife with the model, stating that he did not cheat on Yousuf and that he never intended to divorce her, but that circumstances made it difficult for them to be together.

The pair now uses their social media accounts to bring their followers up to speed on their personal lives.