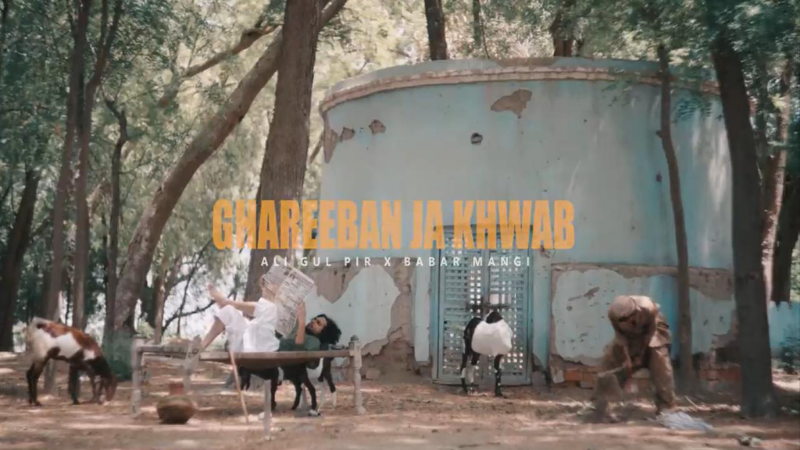 Ali Gul Pir has returned with his second single in less than two months. The new song is a duet with vocalist Babar Mangi and is written in Sindhi. It’s called ‘Ghareeban Ja Khwab’.

The ‘Waderai Ka Beta’ singer collaborated on the new song with Mangi, a rising Sindhi rapper with a growing fan base. The song video was shot in several locales around Sindh, capturing the environment in which average farmers find themselves. Other Sindhis appear in the video as well, smiling and singing along with the two performers.

Pir announced the release of his song on Instagram the day before it was to be released. “Ghareeban Ja Khwab is my first Sindhi song,” he remarked, “so I’m extremely thrilled to attempt something new.”

Mangi had also teased the song on Instagram, wondering whether his fans were ready.