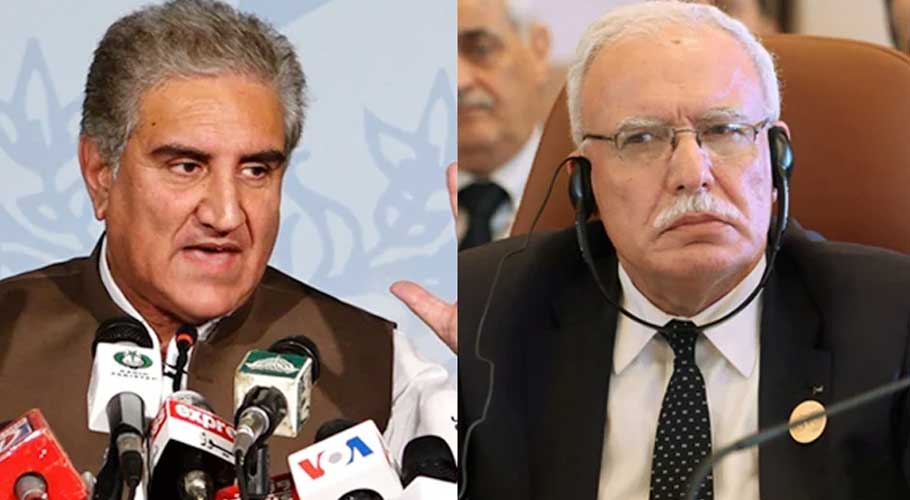 According to a statement released by the Foreign Office, the Palestinian Foreign Minister appreciated Prime Minister Imran Khan’s unambiguous stance on the recent crisis and thanked Pakistan for its continuous diplomatic support to Palestine at regional and international forums.

During the discussion, FM Qureshi denounced Israeli attacks on the Al-Aqsa Mosque as well as ongoing airstrikes on Gaza, which have killed at least 122 civilians, including teenagers.

He reaffirmed Pakistan’s unwavering respect for the Palestinian people’s rights and just struggle. Dr Maliki was also briefed by the foreign minister on Pakistan’s attempts to educate the international community on human rights and international law abuses.