Mashal Khan, who previously dated actor Ali Ansari, called out trolls in a recent statement after the latter’s engagement announcement. Ansari, who recently made headlines after getting engaged to Saboor Aly, tickled the trolls to drag Khan into it. But the Thora Sa Haq actor had none of it and strikes back!

Khan and now-engaged Ansari were dating until last year when rumours of their split surfaced on social media. When dating, they were seen together on a few occasions. Apart from that, their Instagram accounts were occupied by lovey-dovey photoshoots and selfies. 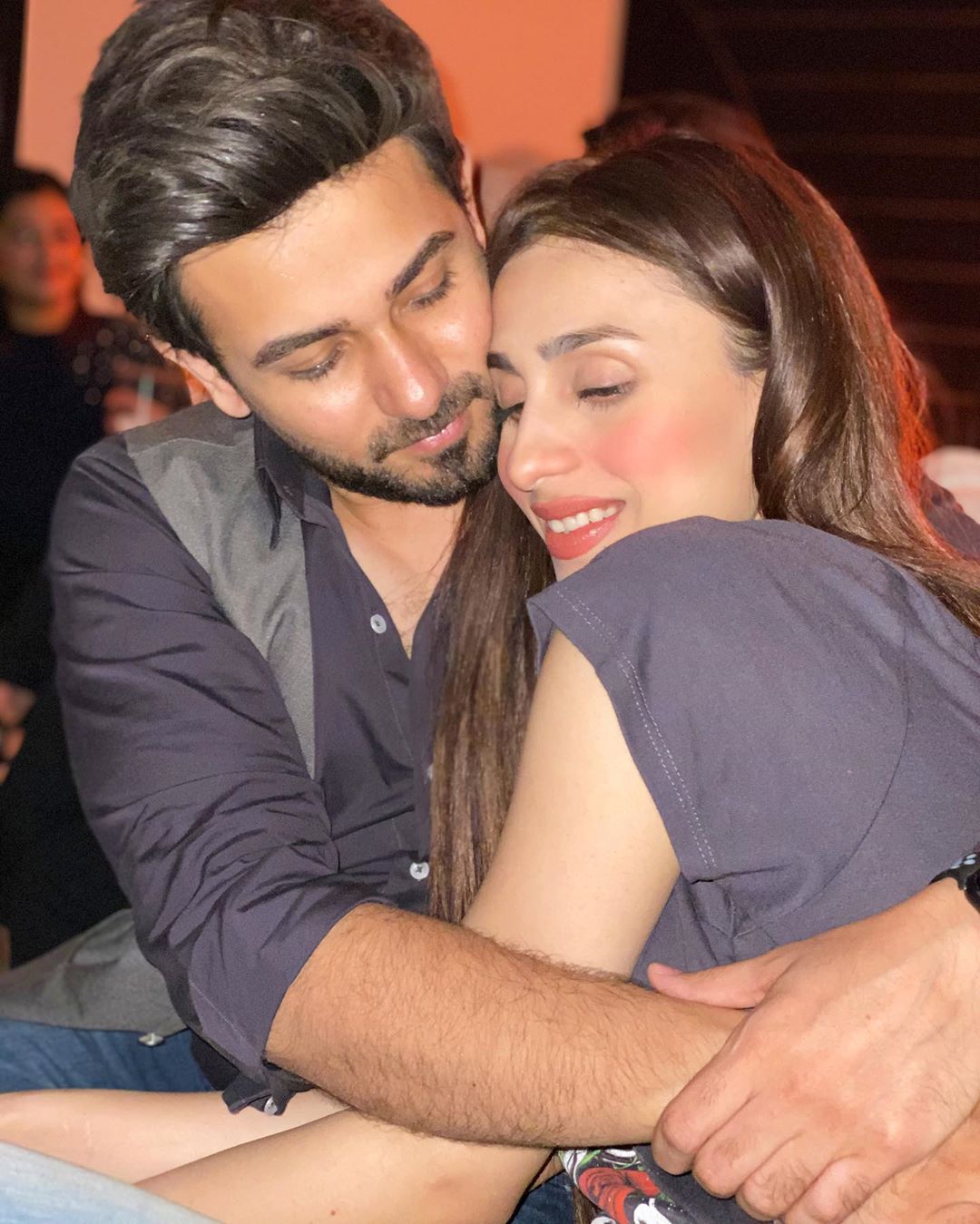 Fans were stunned when they learned about their divorce last year. Everyone was taken aback when Ansari announced his engagement last week. Aly, a fellow actor from Dil Tanha Tanha, was given a ring by the actor from Dil Tanha Tanha.
Fans are well aware that the actor was once involved with Suno Chanda’s sensation, Khan. His ex-beau Khan, according to many of them, did not respond well to the news of his marriage. 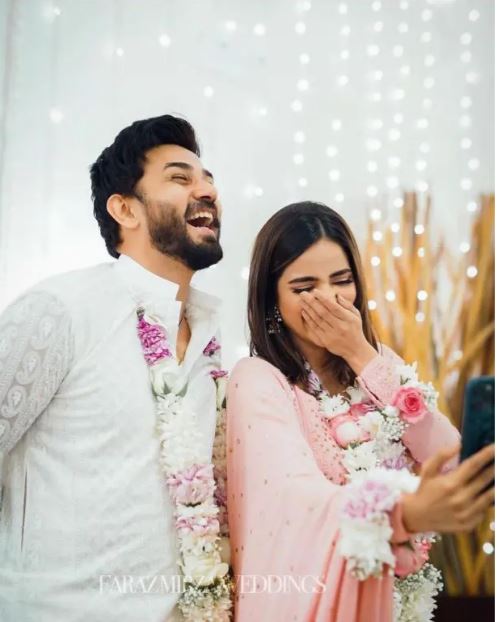 The latest news from Ansari and Aly was met with a flurry of excitement on social media. In addition, the engagement photos quickly went viral on social media. Fans, on the other hand, though Mashal Khan did not appreciate the love the couple was attracting.
The gossip-mongers brought up Khan, who had been very open about her relationship with Ansari, as they asked about her personal life. Now, the Suno Chanda actress has issued a post on social media, criticizing anyone who was interested in Ansari and Aly’s relationship. 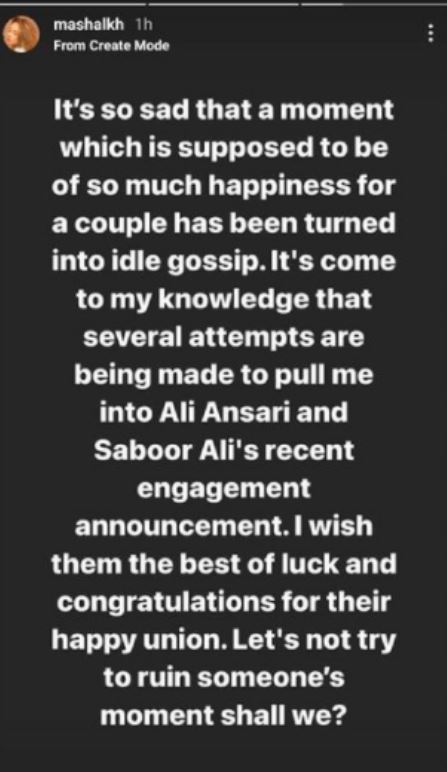