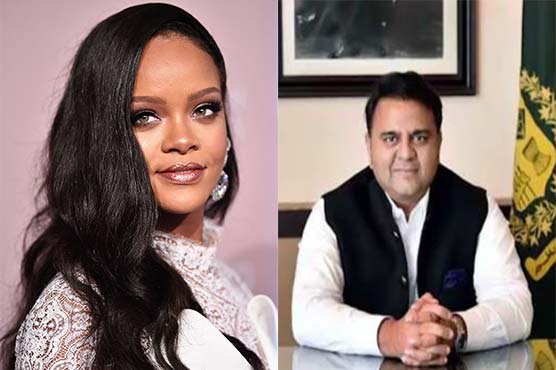 Federal Minister for Science and Technology Fawad Chaudhry has appreciated American singer Rihanna for speaking in the favor of farmers who are protesting in India against new agricultural laws.

Taking to social-networking website Twitter, the minister said that Rihanna has earned respect of every farmer of the world and particularly of Punjabis.

“You have showed your heart is on the right place. Loads of respect,” he added.

The reaction came after Rihanna, who has more than 100 million followers on Twitter, wrote, “Why aren’t we talking about this?! #FarmersProtest”, with a link to a news story about a government crackdown that included an internet blackout.

Her comment was retweeted more than 230,000 times and liked by over half a million users.