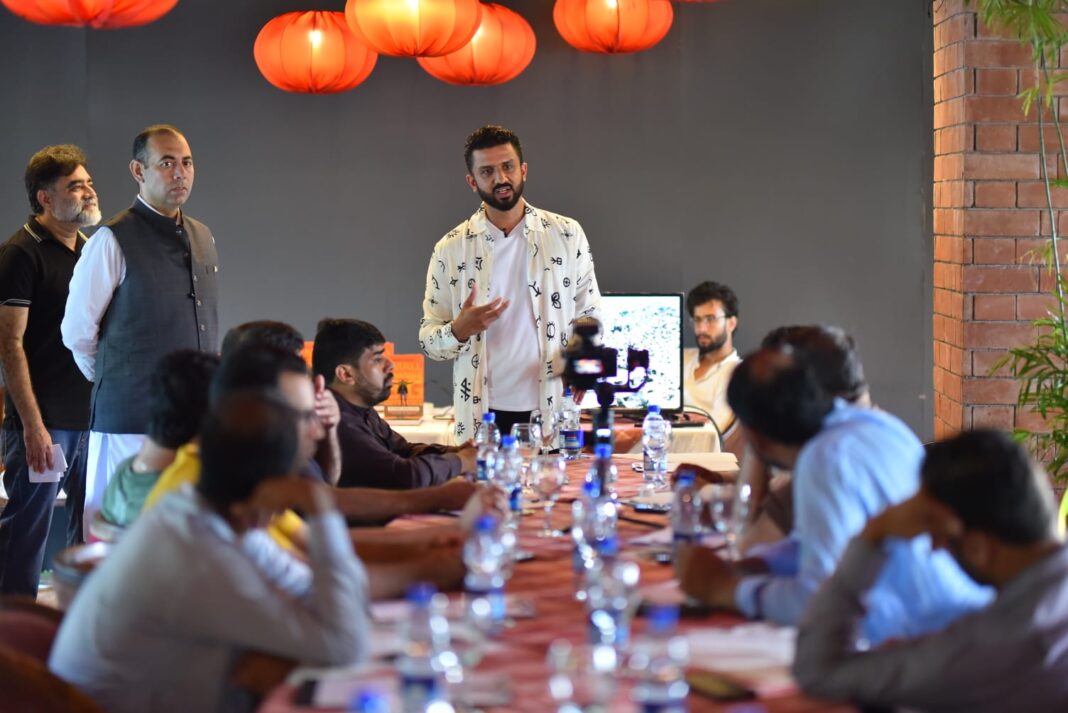 UK-based humanitarian charity organization Penny appeal has distributed an estimated 2.1 Billion PKR in aid across Pakistan and has been instrumental in disaster relief, as well as launching income-generating projects to support women and children in need.

While briefing a select group of journalists in Islamabad regarding key projects of the organization, Adeem Younis, founder of UK-based humanitarian charity, Penny Appeal, told that the charity has helped transform the lives of over 20 Million people around the world and has worked in 60 countries.

Penny Appeal has a diverse portfolio of relief projects in Pakistan which includes water wells, hunger relief, eye operations, care for the elderly, orphan homes, and a number of excellent schools.

While talking about the ongoing projects in Pakistan, Adeem said that the Charity has sought to prioritize projects that have a perpetual and multiplying impact on its intended beneficiaries. With cutting-edge water waste management for example, through its network of 9,334 kitchen gardens, the charity produces the equivalent of 65,000 meals every day. This is in addition to 18,645 Tube wells benefiting 216,020 individuals, 461 Deep Wells benefiting 105,200 individuals, and 27 Solar Powered Wells and Power Centres benefiting 32,600 individuals.

By focusing on sustainability, Penny Appeal has helped transform Zakat receivers into Zakat givers.  In 2018, Penny Appeal provided livestock to vulnerable families and widows in District Vehari, Punjab province and with the income, meat, and milk these animals provide, families who were once struggling to feed their children, are now able to support multiple families beyond their own.

Penny Appeal established 31 mosques that are also used to teach over 6,700 children a comprehensive Islamic education.

Adeem Younis, said that “Pakistan is where our charity began. It’s here where we draw our inspiration to serve vulnerable people and communities all over the world.  We want to help people not just escape poverty but become agents of change in their own communities.”

“We are inspired by the dignity, hope, and aspiration of everyday Pakistanis, we founded a charity that would transform small change, that most of us take for granted, into a big difference for those who need it most. Penny Appeal is here not to give hand-outs, but rather offer hand-ups, to help people escape the vicious cycle of poverty for good, he added.