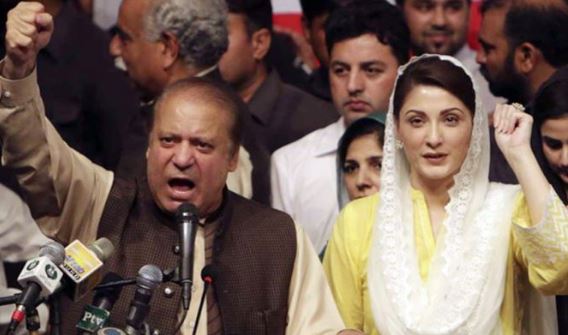 According to Ansar Abbasi of The News, the former Chief Judge (CJ) of the apex court of Gilgit Baltistan Rana M Shamim wrote in a signed affidavit that he is a witness to the then Chief Justice of Pakistan (CJP) Saqib Nisar’s order to a high court judge to not release Pakistan Muslim League-Nawaz (PML-N) supremo Nawaz Sharif and Maryam Nawaz at any cost before the general elections of 2018.

“Mian Muhammad Nawaz Sharif and Maryam Nawaz Sharif must stay in prison till the general elections are completed. “He (Saqib Nisar) grew calm after receiving guarantees from the other side and enthusiastically ordered another cup of tea,” the document stated.

The affidavit includes a picture of the ex-CJ of Gilgit Baltistan’s CNIC as well as his signature. On November 10, 2021, a notary public stamped the affidavit and noted that it was “sworn under oath before me.”

The identity of the High Court justice who spoke with Saqib Nisar at the time was changed in the report.

“At July 2018, when I was Chief Judge of the Supreme Appellate Court of Gilgit Baltistan, Justice Mian Saqib Nisar, the then Chief Justice of Pakistan, came to Gilgit for holidays with 27 family members and slept in the court’s guest residence,” the document stated.

The chief justice’s affidavit stated, “That if his call is not answered, then transmit to him on his (Mian Saqib Nisar’s) behalf that Mian Muhammad Nawaz Sharif and Maryam Nawaz Sharif must not be freed on bail before the general elections at any cost.”

“That he also called directly to Justice —— immediately thereafter and informed him that Mian Muhammad Nawaz Sharif and Maryam Nawaz Sharif must remain in jail till the general elections are done.” He got calm after receiving confirmation from the other side and cheerfully asked another cup of tea.”

“As his coworker and host, I asked him to spend his holidays in Gilgit Baltistan with his family, and then I asked him why he sent such a message to Justice —– and for what.” ‘Rana Sahib, you would never understand,’ he continued. You must handle it as if you never heard anything.’ In front of my late wife and his wife, I told him that Mian Nawaz Sharif had been wrongly accused, and that his and Maryam Nawaz’s sentences had been manipulated, as evidenced by his phone conversations. “Rana Sahib, the chemistry of Punjab is different from Gilgit Baltistan,” he added, first alarmed.

“That everything is willingly mentioned above above constitutes the whole truth,” the paper concludes, with Ex Chief Justice Rana M Shamim’s signature.

“What is true happiness? To have one’s case heard in one’s own lifetime.” PML-N leader Maryam Nawaz tweeted Wednesday implying that the tale will be revealed.

What is real happiness? To be vindicated in one’s own lifetime…… Alhamdolillah! pic.twitter.com/4FHHSTK6zK

“It’s another another vindication of Nawaz Sharif & Maryam in the court of public opinion,” PML-N president Shehbaz Sharif tweeted in response to the news.