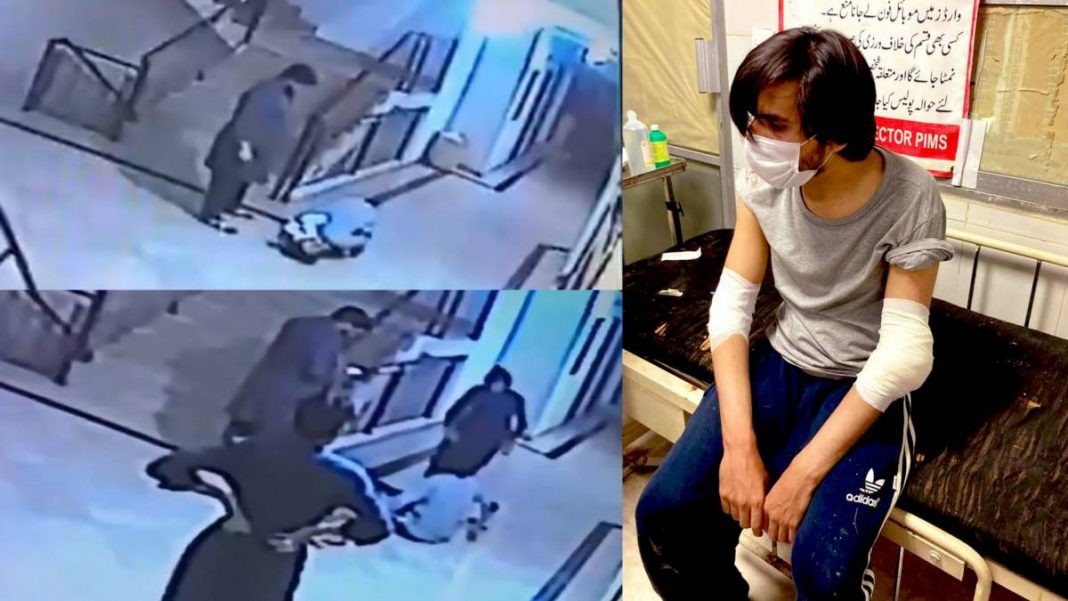 Late Tuesday, Pakistani journalist Asad Toor was allegedly beaten at his home in the federal capital.

Unidentified assailants stormed into his home and attacked the journalist, according to local news outlets.

Three unnamed individuals can be seen leaving Toor’s flat after torturing on CCTV video from the event. The injured journalist was also seen pleading for help as he walked out of the residence with his wrists and feet tied.

Azaz Syed, an Islamabad-based prominent journalist, also uploaded a video of Toor entering for treatment at the Pakistan Institute of Medical Sciences (PIMS).

The incident was decried by Pakistan Muslim League Nawaz VP Maryam Nawaz, PPP Chairman Bilawal Bhutto, and other politicians, who urged officials to examine the situation as soon as possible.

OMG! This is shocking! May Allah protect him. I hope he is out of danger. https://t.co/al8K7XVCht