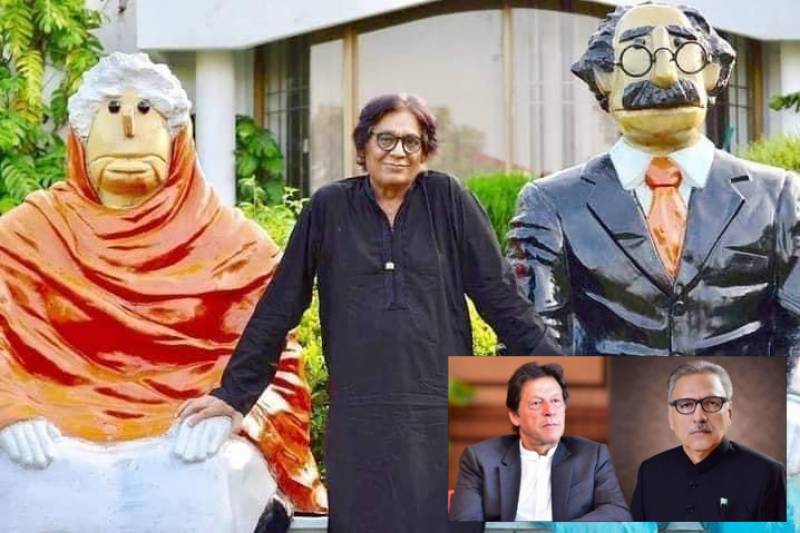 The president, the prime minister, and the opposition leader all expressed their apologies in separate tweets.

‘Saddened to hear about Farooq Qaiser’s passing,’ the premier wrote in a condolence message. He wasn’t merely a performer; he was also a relentless advocate for social injustices and problems. Khan said, “My condolences and prayers are with his relatives.”

Saddened to learn of Farooq Qaiser's death. He was not just a performer but would constantly raise awareness about social injustices and issues. My condolences and prayers go to his family.

Farooq had contributed significantly to the field of art, and the state’s conferment of the Pride of Performance and Tamgha-e-Imtiaz national awards was also a source of pride, he said.

Shehbaz Sharif, the leader of the opposition, expressed his condolences on the death of ‘Uncle Sargam’ on his official Twitter account. ‘I was saddened to hear of Farooq Qaiser’s death, a hero and star of our time. He was a part of generations of people who grew up watching him play. He made people smile with his work, and his contributions to television will be known for a long time. The PML-N chief said, “Rest in peace.”

Grieved to learn about the passing away of Farooq Qaiser, a legend and icon of our times. He was part & parcel of generations that grew up watching his performances. He spread smiles through his work & his services for television will be remembered for long. Rest in peace!!!

Bilawal Bhutto, the chairman of the Pakistan Peoples Party, voiced his sorrow over the death of the renowned artist. May Allah SWT bestow upon him the highest ranks in Jannah, wrote the PPP chief.