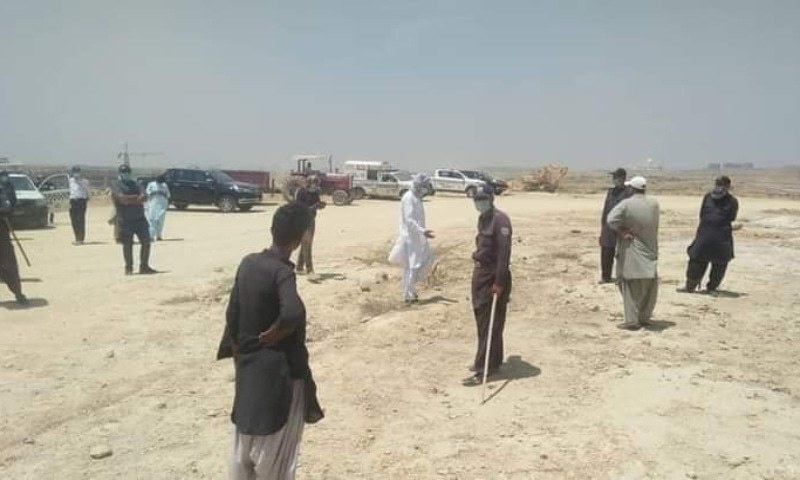 After a man was wounded in a shooting allegedly carried out by private guards of Bahria Town Karachi (BTK) and policemen in civvies a day earlier, Sindh Chief Minister Murad Ali Shah suspended the assistant commissioner and Mukhtiarkar (revenue official) of Gadap Town on Saturday.

The chief minister also removed the Gadap Town SHO for “not preserving peace and order in the district,” according to Sindh Information Minister Syed Nasir Hussain Shah. According to him, the chief minister has also requested a full investigation into the incident.

“We will not encourage anybody to be wronged, according to Sindh’s chief minister. The interests of the residents in the area will be fully secured “Shah said in his opinion.

The incident between local residents and Bahria Town Karachi officials was also noted by PPP Chairperson Bilawal Bhutto-Zardari, the minister said in a statement.

“We would not allow someone to be treated unfairly. The affected people would be given full cooperation “Kareem remarked.

PPP officials, as well as MP Sajid Jokhio, later went to visit the citizens who had been displaced by the bulldozing. He told them that those responsible for the incident will face consequences.

“We’re here to help the locals. The rule will be followed, and action will be taken “Shah said in his opinion. He added that the deputy commissioner and revenue officials had been contacted for more information.

Abdul Hafeez, a member of Sindh Indigenous Rights Alliance and a resident of Kathor, stated that on Friday morning, BTK guards and police attempted to kill crops in Kamal Khan Jokhio Goth, but the locals resisted and forced them to abandon the attempt.