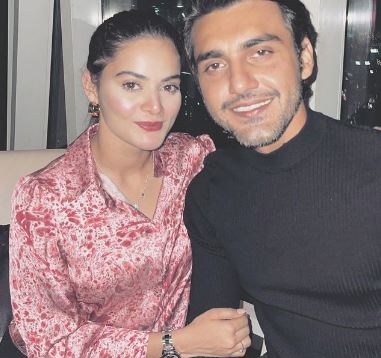 Ahsan Ikram and Minal Khan are in hot waters again after posting a sensational public display of affection filled post on Instagram on Monday. 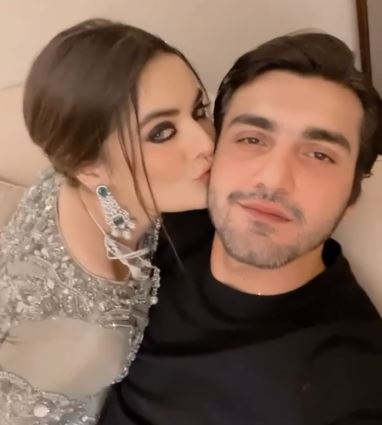 Minal took to Instagram to post a boomerang clip with the husband. Simply adding a diamond emoji to the photo’s caption. The actress  can be seen pecking her hubby on the cheek in the clip.

Within hours, individuals flooded her Instagram with hateful remarks. Her “indecent” behaviour enraged the public. People insulted her to the point where she had to disable her comments, but kudos to Minal Khan for not removing the post.

Ahsan and Minal hitched in September, although they’ve been together for a long time. Since they first started dating, the duo has been receving backlash. The couple never formally announced their connection, but they frequently posted improper photos on social media.

Ahsan and Minal were recently sighted at Pantene Bridal Couture Week. The Jalan actress was all prepared to hit the ramp beside her darling spouse. During the fashion presentation, one of the presenters asked the actress how she feels following her marriage.

When asked about the differences she notices in her life after marriage, Khan replied, ‘It’s pleasant. When I met him, I already felt married, so it’s the same.’

Minal Khan tried another PR stunt after the previous outcry had subsided.

Controversies on top of controversies! People believe Ahsan and Minal’s marriage is a sham to keep them in the spotlight.

Many folks have publicly referred to Minal Khan as a gold digger. Others have contrasted her to her sister, claiming she has lost all sense. Insensitive remarks were made even for her family which is totally not appropriate.