In the Israeli town of Eilat, India’s Harnaaz Kaur Sandhu was chosen Miss Universe 2021, amidst a slew of scandals in which participants disregarded calls to cancel in favour of Palestinians. 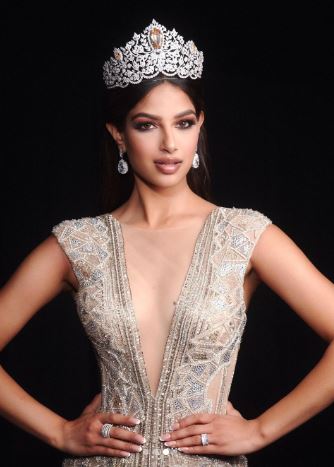 The highest award of Miss Universe 2021 in the Red Sea resort, went to Punjab’s beautiful young woman. The first runner-up was Nadia Ferreira of Paraguay, while the second runner-up was Lalela Mswane of South Africa.

The annual pageant’s 70th edition was organized in Israel for the very first time, and the coronavirus outbreak posed challenges.

“We encourage all participants to resign, to prevent cooperation in Israel’s apartheid government and its assault of Palestinian human rights,” the Palestinian Campaign for Academic and Cultural Boycott of Israel stated.

Miss Morocco Kawtar Benhalima and Miss Bahrain Manar Nadeem Deyani were among the 80 finalists for Miss Universe 2021, both from Muslim-majority countries that mended relations with Israel last year.

Indonesia and Malaysia, both Muslim-majority countries, have no diplomatic ties with Israel and have not sent candidates. The United Arab Emirates did not submit a candidate, despite normalizing relations with Israel last year.