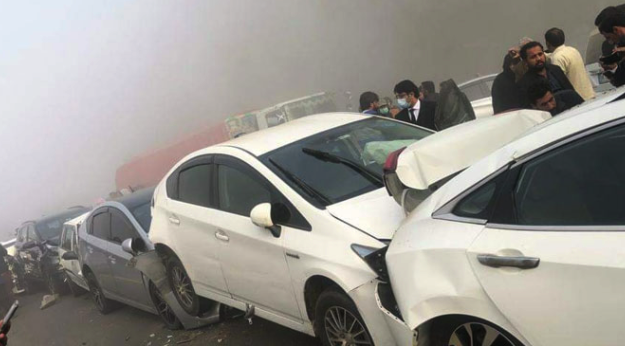 On Tuesday morning, at least 22 individuals were injured in 3 different pile-ups on the highway near Sheikhupura.

The collisions involving dozens of vehicles occurred on the M2 near Kala Shah Kaku, Qila Sattar Shah, and Khanpur Nehar, according to rescue personnel.

As a result, 22 persons were wounded. However, no fatalities were reported. The collisions came about as a result of a dense fog that engulfed the plains of Punjab and Khyber Pakhtunkhwa (KP).

Following the accidents, the highway was blocked.

Meanwhile, in Rahim Yar Khan’s Liaqatpur, two passenger buses were hit with a truck, injuring six passengers. The injured were sent to the Tehsil Headquarters Hospital for treatment.