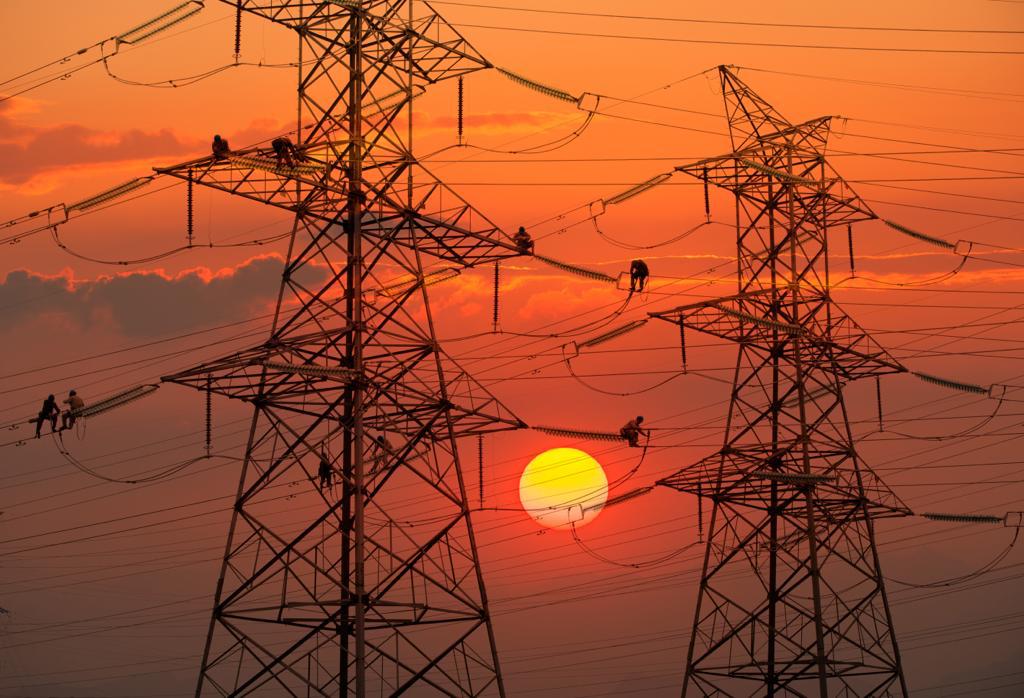 In September 2020, Chinese President Xi Jinping made a solemn commitment to achieve a peak in carbon dioxide emissions before 2030 and carbon neutrality before 2060 at the 75th session of the United Nations General Assembly. Subsequently, the Chinese government made important arrangements to achieve peak carbon and carbon neutrality. In addition, the government also made it clear that the construction of a new power system with new energy as the main body will be the direction of energy and electric power transformation development.

Under the “dual-carbon” targets, energy is the main battlefield, electricity is the main force, and power grid is the central link. State Grid Corporation of China carries out the “Four Revolutions and One Cooperation” for energy security development and “dual-carbon” deployment to speed up the construction of new electric power system. As the large receiving-end grid, State Grid Zhejiang Electric Power Company innovatively proposes a multi-faceted and highly resilient grid as a path of action to explore Zhejiang’s “dual-carbon” goals, from energy supply, allocation, consumption, technology, institutions and other aspects. 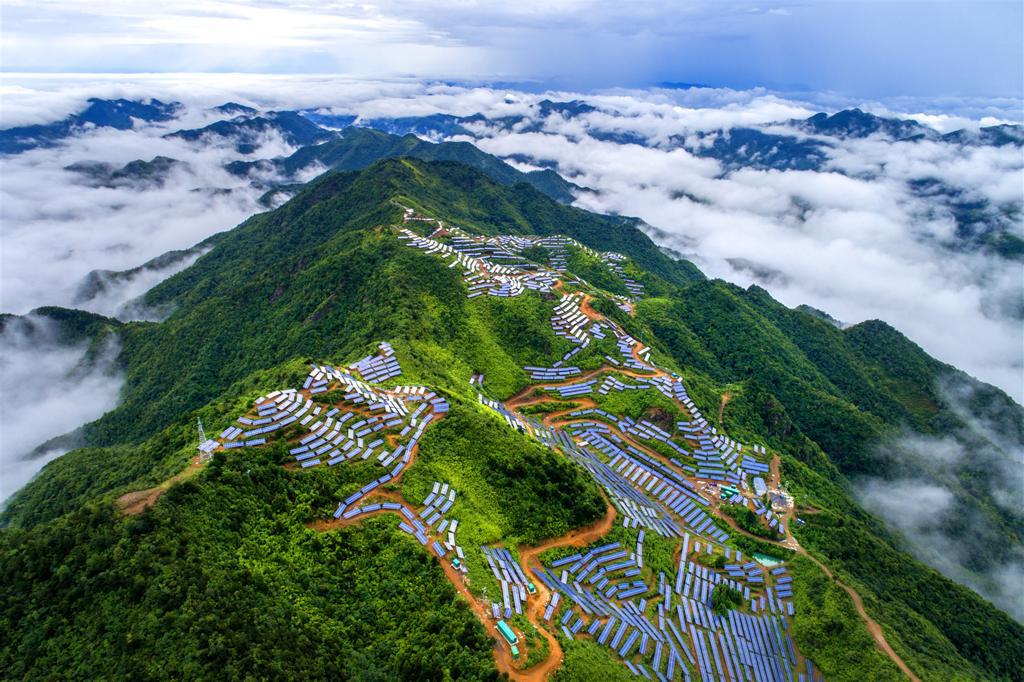 In May, Jianshan Village, located at the northeast of Jinhua City, is ready for stir-frying. The popularization of the clean and convenient electrification of tea production equipment among tea farmers makes the night become the peak period of fried tea. State Grid Jinhua Power Supply Company launched a mobile energy storage devices program to effectively solve the problems of large difference between night and day load of transformer in the tea-fry season and seasonal power shortage. The car is charged by rooftop photovoltaic during the day and provides green and clean electricity to tea farmers during peak power consumption at night.

This is a miniature of State Grid Jinhua Power Supply Company’s construction of light and storage micro-grid demonstration area. Aiming at building a “zero-carbon” town, Jinhua Electric Power selected Jianshan Town to carry out the pilot project. The town is a typical integration area of “industrial park” and “mountainous area”. According to the plan, the area will gradually improve the utilization level of clean energy and the operating efficiency of the power system through the construction of the integrated control system of source network, load and storage of diversified resources and the “run-of-the-river hydropower station & energy storage” project.

This is a miniature of State Grid Jinhua Power Supply Company’s construction of light and storage micro-grid demonstration area. Aiming at building a “zero-carbon” town, Jinhua Electric Power selected Jianshan Town to carry out the pilot project. The town is a typical integration area of “industrial park” and “mountainous area”. According to the plan, the area will gradually improve the utilization level of clean energy and the operating efficiency of the power system through the construction of the integrated control system of source network, load and storage of diversified resources and the “run-of-the-river hydropower station & energy storage” project.

One of the characteristics of the new power system is the high proportion of fragmented energy. Through the deep integration of power network and data network, the company realizes the aggregation control of flexible resources. The transition to electrification and digitalization has benefited from the co-development of electric and computing power, both of which drive the high-quality development of the energy economy.

In October, A set of fragments resource awakening aggregation intelligent control device has been in stable pilot operation for over 12 months in Yiwu, world’s capital of small commodities. State Grid Jinhua Power Supply Company formulates the power consumption strategy of base station system. The device allows backup batteries to be charged during off-peak hours and discharged during peak hours. At the same time, the device uses the cloud application system to start and stop the base station air conditioning operation intelligently according to the change of ambient temperature. Through the 5G base stations, the intelligent aggregation user energy storage battery can save energy and reduce fees for 5G base stations by more than 10%, greatly reducing the operation cost of base stations. 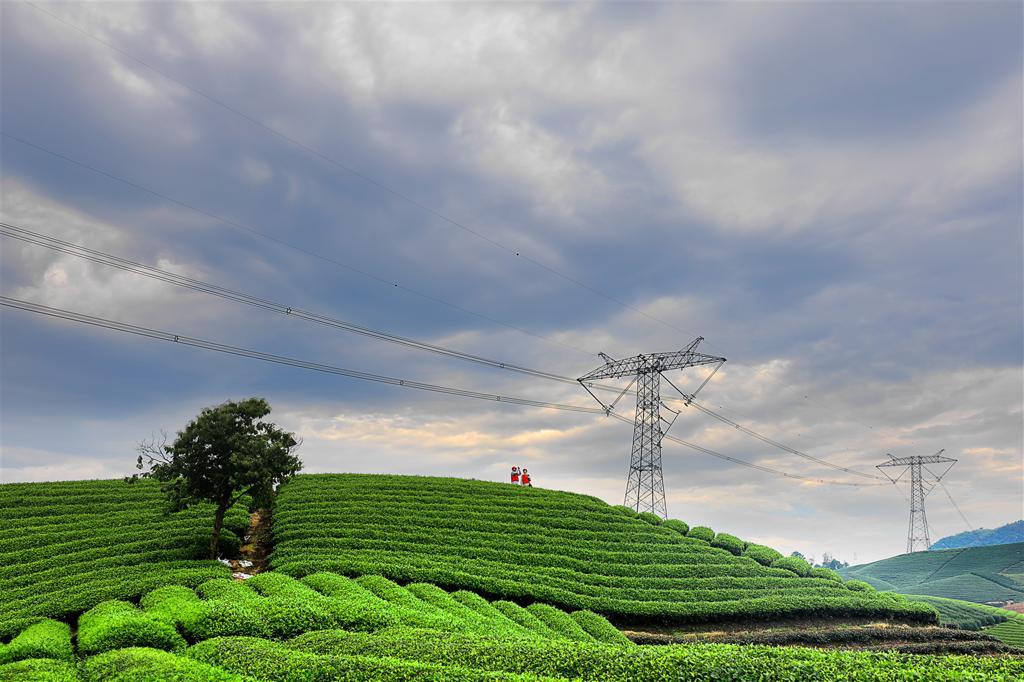 “Computing power improves the utilization of fragmented energy. As the new power system faces a higher proportion of volatile and intermittent new energy, the support of data and computing power is more indispensable.” said the staff from State Grid Jinhua Power Supply Company. At the Jinhua Power Dispatch and Control Center, “Wukong”, a robot with versatile control system, is on duty 24 hours a day. By fully sensing and aggregating massive information resources in the wide area of the power grid, the special duty attendant constructed the real-time holographic intelligent monitoring scene and intelligent economic dispatching scene, so as to achieve second level control and maintain the low-carbon operation of the power grid. Driven by kernel-mode computing power, “Wukong” builds intelligent disposal and operation scenarios, which can control and adjust multi-level energy storage, regulated power supply and load-side flexible resources.

Under the vision of “dual-carbon”, State Grid Jinhua Power Supply Company takes public welfare as a carrier to help the disabled and the weak to promote common prosperity by actively advocating a green and low-carbon way of life. The company enables the disadvantaged groups to share a better life, ensuring “no one should be left behind on the road to common prosperity.”

In Shanliang village, Dongyang City, Jinhua, Zhejiang, villager Shan Zhimin’s home has taken on a new look. His home has been replaced with energy-saving lamps, electric stoves and so on. Shan, who is disabled, is a beneficiary of the 35th “Happy Abode” public welfare project of the company. This project aims to repair or rebuild the dangerous houses for the disabled groups and create a better living environment for them. “We promote electrification while renovating houses to help households use safe electricity and green electricity,” the company’s staff said.

Shanliang Village has a special canteen for the elderly. 66 people over 80 years old have three meals a day in the canteen. Through the “Happy Abobe” project, Jinhua Electric Power has renovated the kitchen of the canteen with full electrification to reduce potential risk while allowing the elderly to enjoy healthy food in an orderly, clean and tidy dining environment. The project has been carried out for 6 years, benefiting 2013 people with more than 12,000 hours of service.

The Earth is the common home of mankind. Achieving carbon peak and carbon neutrality is an important part of building a global community. As the main force in the energy sector of the “30-60 target”, China’s electric power sector will light up the green future with the positioning of “dual-carbon” concept promoter, pioneer of new power system, and forerunner of empowering people to live a better life.