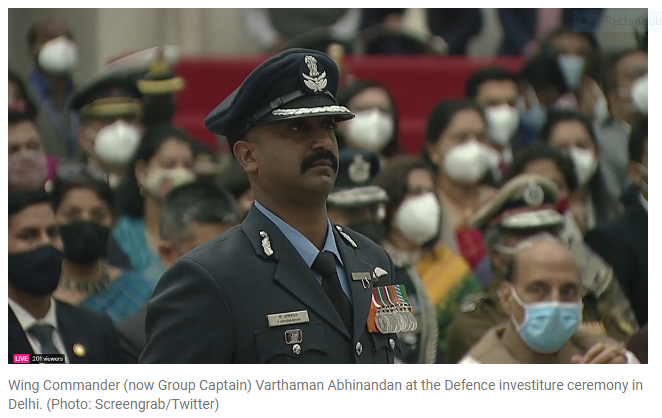 Abhinandan, the famous Indian Air force pilot captain, was given the Vir Chakra medal on August 19. As per Indian news reports; the award was given to honour for “downing Pakistan f-16 plane in 2019”.

On February 27, 2019, the Pakistan Air force crashed Abhinandan’s plane for intruding in Pakistan’s territory. After a good beating from the locals, he was rescued by Pakistan Army. The video went viral on social media, where he praised Pakistan army officials. The famous dialogue “the tea was fantastic” became a meme material for the netizens. Years after, Abhinandan is still remembered and made fun of in Pakistan. 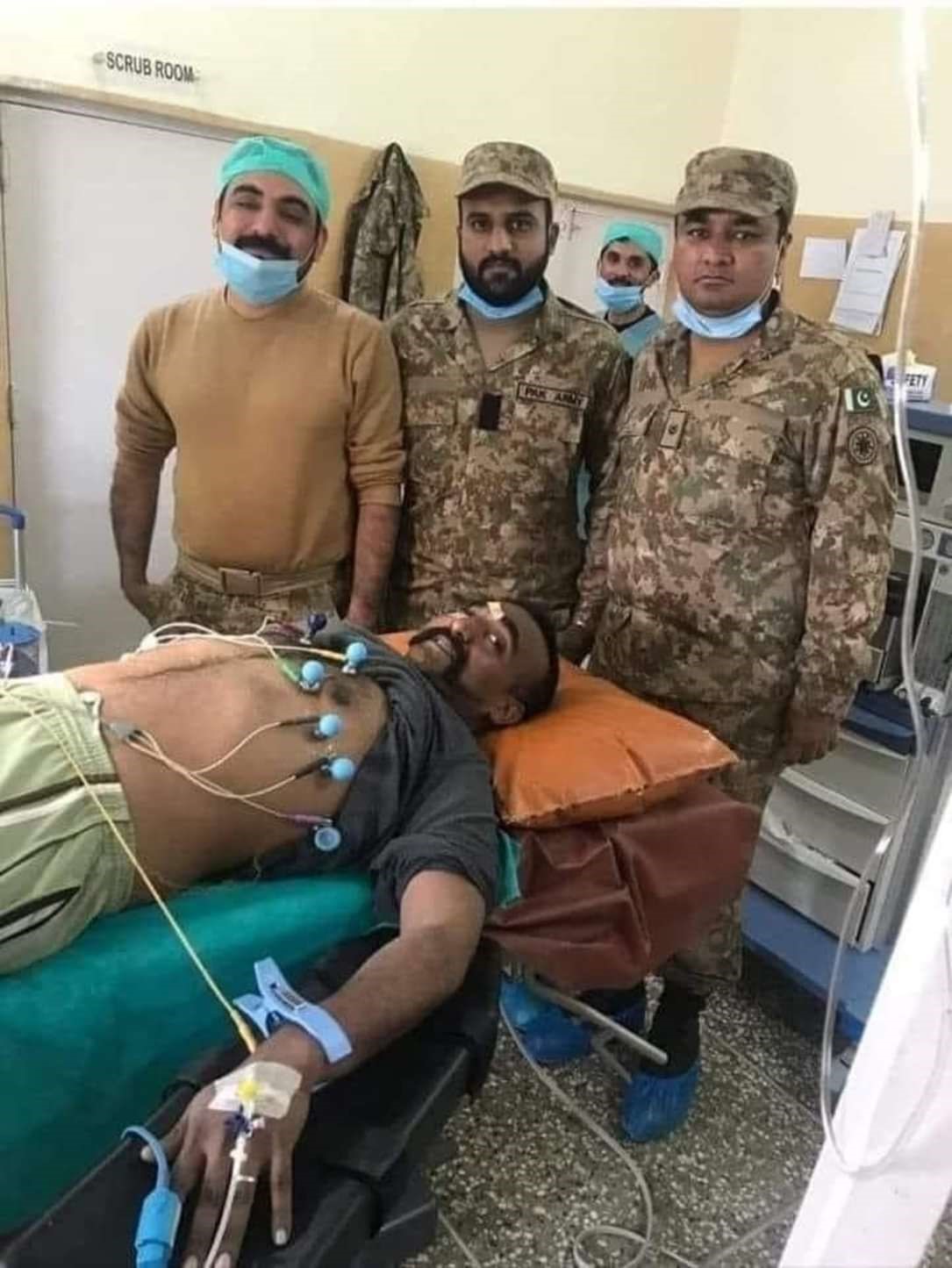 Two years after, he is being awarded the Vir Chakran medal. The Ministry of foreign affairs has labelled it as a publicity stunt to save embarrassment of what happened with Abhinandan in Pakistan.

People are going crazy on social media, and it is currently trending at the top of Twitter. Various GIFs and memes have been produced to make fun of the famous IAF Pilot. 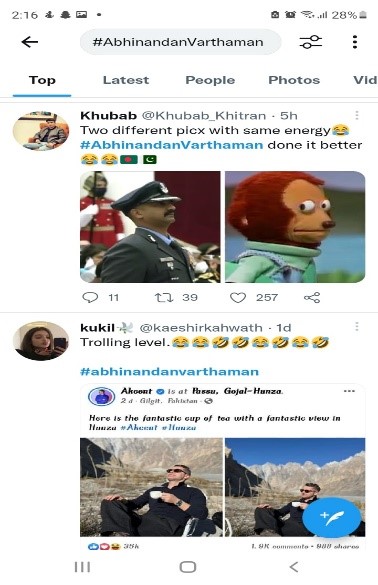 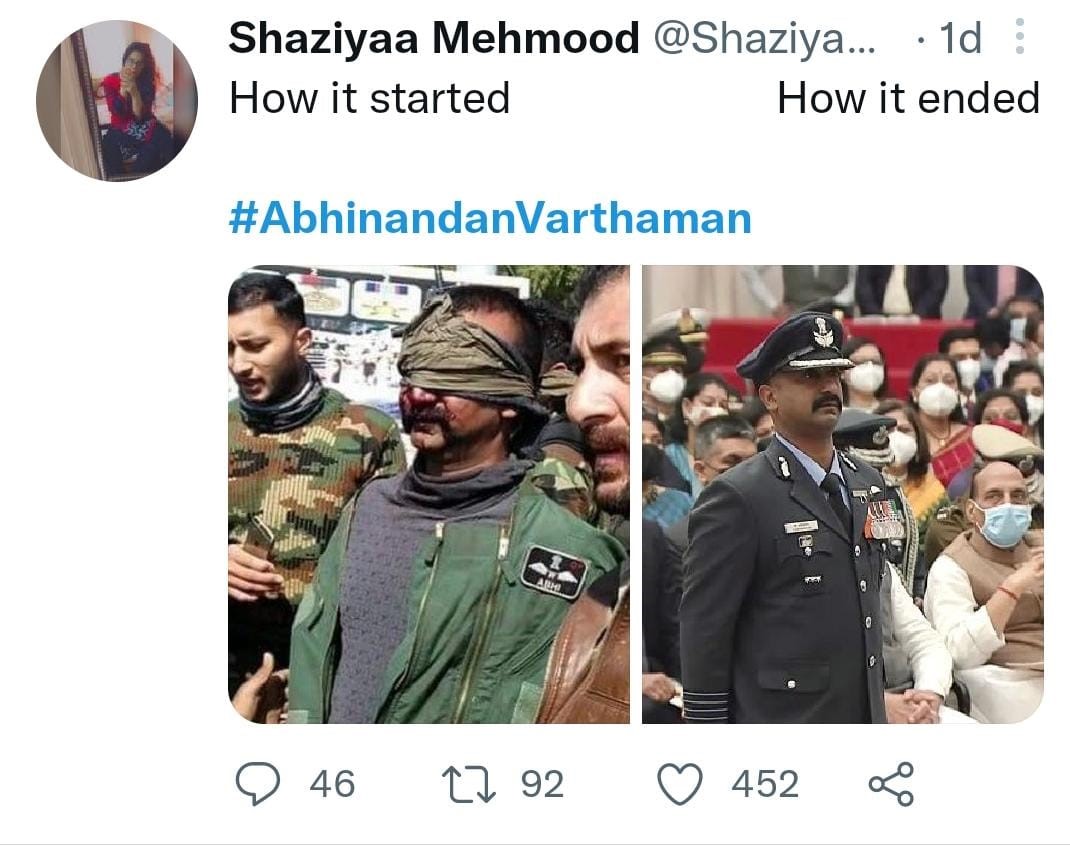 Politicians such as Fawad Chaudry took it to Twitter to mock the event. 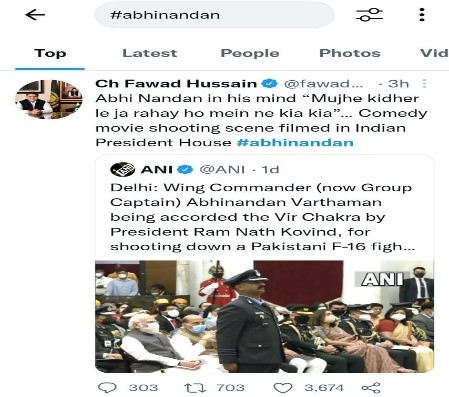 The Indian government has declared him a war hero, despite the fact that the world observed precisely the opposite.