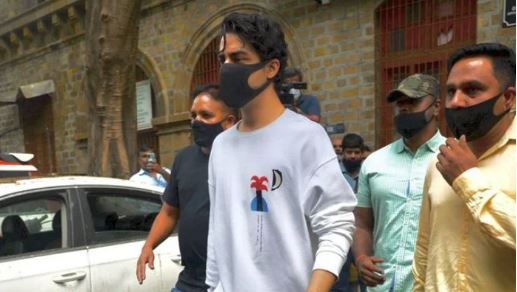 According to The Hindustan Times, Aryan Khan was sighted outside the Narcotics Control Bureau (NCB) headquarters on Friday to register his weekly presence as part of the conditional release given to him in an ongoing narcotics case.

The visit is Aryan’s first public appearance since his 24th birthday on November 13th, which was cut back this year due to the increased media scrutiny of his life following his detention in October.

Aryan may be seen in footage published by internet paparazzi wearing a white shirt with dark khaki slacks and a black mask concealing his face. He walked right by the crowds of journalists and photographers waiting for him outside the NCB office.

Aryan was detained last month on suspicion of narcotics possession and usage. He was detained for more than 20 days before being allowed conditional release on October 30.

One of the conditions of his release is a weekly attendance before the NCB, and the star child appeared at the organization’s headquarters on Friday.