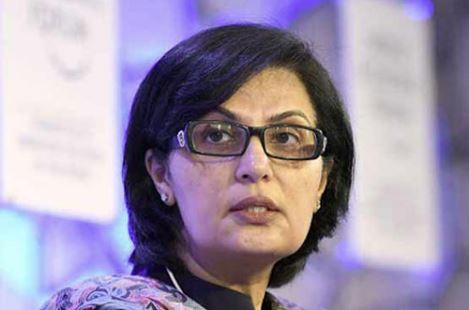 Dr Sania Nishtar, Special Assistant to the Prime Minister on Poverty Alleviation and Social Protection, stated on Monday that the Ehsas Rashan Subsidy Cards programme will offer support to hundreds of thousands of individuals through a transparent method.

Dr Sania Nishtar, who presided over a high-level conference on the Ehsas Rashan Subsidy Cards Program, said the new programme was being launched for the entire country, including Khyber Pakthunkhwa, for the quick and transparent utilisation of relief goods such as flour, ghee/cooking oil, and pulses, as announced by the Prime Minister a few days ago.

Also Read: Government to provide petrol at subsidized rates to motorbikes and rickshaws

The meeting was attended by Kamran Bangash, the KP Minister for Information and Higher Education, Mehmood Jan Babar, the Deputy Speaker of the KP Assembly, Malik Wajidullah, Pir Muhammad, and district administration officials.

She stated that consumers will receive special subsidies on three commodities, including wheat, ghee/cooking oil, and lentils, as part of the historic PM’s food subsidy plan.

Dr. Sania Nishtar stated that a separate site for registering families and owners of Karyana General Stores was created.

She stated that families and proprietors of Karyana General Stores were required to carry a cellphone number on their Computerized Identity Cards.

She stated that civilians and government workers with monthly incomes of less than 50,000 and Rs31,000, respectively, were eligible.

She stated that the registered persons will receive a message from 8171 after three weeks, and that all those who were deemed qualified based on the Ehsas database program’s examination would be benefitted.