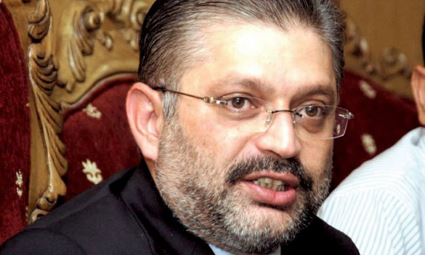 According to local news, the Sindh High Court on Monday authorised People’s Party MPA Sharjeel Memon to go overseas to attend an expo as the Sindh government’s focal person.

Sharjeel Memon, a nominal provincial minister, had petitioned the high court for his name to be temporarily removed from the departure control list so that he could visit Dubai and attend an exhibition as the Sindh government’s focal point.

The PPP leader’s name was added to the ECL following his bail in the National Accountability Bureau (NAB) proceedings, as previously stated.

After hearing the lawyers’ arguments, the judge permitted Memon to go to Dubai.

“He has been selected as the exhibition’s main figure by the provincial administration,” the lawyer stated.

The lawyer claimed that his attendance at the show on behalf of the Sindh government was required.

Sharjeel Inam Memon faces a 5.76 billion corruption inquiry in the Sindh Information Department advertisements, as well as the amassing of Rs2.43 billion assets outside recognized sources of income, however he is out on bail in both instances.

The petitioner’s attorney had previously informed the court that his client was on bail in NAB charges and would be present at the trial. However, as the province government’s focal point, he was compelled to fly abroad to attend an exhibition in the United Arab Emirates.

On Sharjeel Memon’s petition at the hearing, the high court had issued notices to federal and provincial law enforcement.