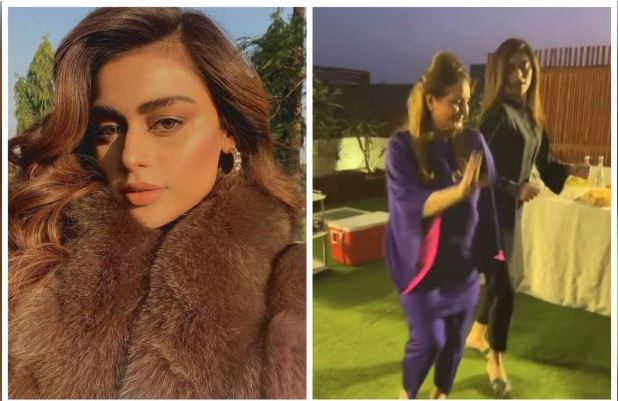 Sadaf Kanwal, a supermodel, has attracted attention with her stunning appearance and confident demeanour. Since her wedding to actor Shahroz Sabzwari, she has remained beneath the spotlight.

The 28-year-old model has perfected the art of standing out in a crowd, from falling in hot water over verbal diarrhoea to never steering away from vocalizing herself.

Sadaf Kanwal was seen dancing her heart out with her mother-in-law Safina Behroz during a celebration this time. Her amazing relationship may be seen in the popular video.

As the Sabzwari’s prepared for a marriage with greatest flair and grace, the lovely saas-bahu duo grooved and danced. Sadaf and Safina are dancing with vigour and displaying some impressive dance skills.

In 2020, Sabzwari’s second marriage to Sadaf became a major subject. Despite accusations of infidelity, the newlyweds held firm in the face of abuse and harassment.