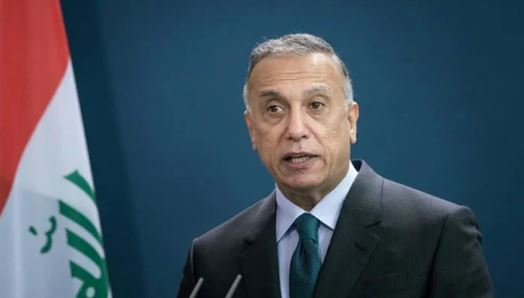 According to the military, Iraqi Prime Minister Mustafa al-Kadhimi escaped unharmed when a drone equipped with bombs hit his Baghdad apartment early Sunday.

The incident, which injured several members of Kadhimi’s personal protection team, occurred amid violent protests in the Iraqi capital over the outcome of a general election last month.

The US Department of State denounced the assault and offered to assist in the investigations.

“This apparent act of terrorism, which we strongly condemn, was intended at the centre of the Iraqi state,” stated spokesman Ned Price. “We are in regular contact with the Iraqi security forces in charge of ensuring Iraq’s sovereignty and independence, and we have given our aid while they investigate this incident.”

The parties driving demonstrations and concerns over the outcome of the October 10 election are highly armed Iran-backed militias that lost a significant amount of legislative authority in the poll. They claim that there were voting and vote-counting anomalies.

The attack on Kadhimi’s mansion in Baghdad’s guarded Green Zone, which includes government offices and international embassies, was not immediately claimed by any organisation.

According to an Iraqi military statement, the strike was directed at Kadhimi’s apartment, and he was in “excellent health.” It didn’t go into any greater information.

Kadhimi’s official Twitter account stated that the prime minister was safe and urged people to be calm.

Two government officials verified to Reuters that Iraqi Prime Minister Kadhimi’s mansion had been injured by at least one bomb and that the prime minister was safe.

According to security officials, six members of Kadhimi’s personal protection squad stationed outside his apartment were injured.

Supporters of Iran-aligned paramilitary groups, which have gained influence in parliament and the administration in recent years, have rejected the election results.

Protests by their supporters grew violent on Friday, when stones were thrown at police near the Green Zone, hurting several officers.

As per security and hospital reports in Baghdad, the police used tear gas and live ammunition, killing at least one protester.

According to independent experts, the election results reflect public outrage at Iran-backed paramilitary organisations, which are widely blamed of murdering almost 600 demonstrators in several anti-government demonstrations throughout 2019.