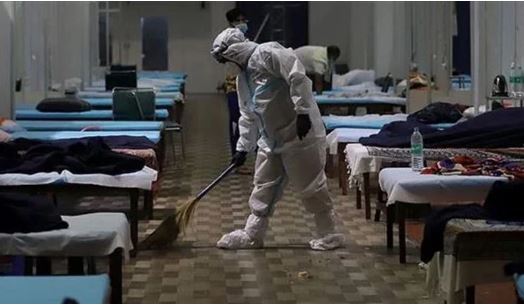 For the 21st day in a row, Pakistan recorded a coronavirus positive rate of less than 2%, according to official statistics released Sunday morning.

According to the National Command and Operation Centre (NCOC), 43,348 COVID-19 tests were performed across the country in the previous 24 hours, with 471 resulting in a positive result. For the previous three weeks, the country has registered less than 1,000 daily cases.

According to the official homepage, the rate of positive cases in the previous 24 hours was 1.08 percent. Pakistan’s optimism rating has fallen below 2% since October 16.

The number of active infections is also on the decline, with 22,810 registered on Sunday.

Pakistan is reporting 556 new infections per day on average, accounting for 9% of the peak — the highest daily average since June 17.

So far, the nation has given out at least 110,800,576 shots of COVID-19 vaccine. Assuming that each individual requires two doses, that would be enough to vaccinate around 25.6 percent of the country’s population.

Pakistan provided an average of 724,418 dosages per day during the most recent week recorded. At that rate, it will take a another 60 days to provide enough doses to cover the remaining 10% of the population.