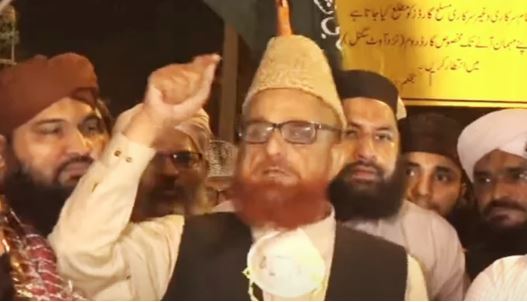 Mufti Muneeb ur Rehman said on Monday that the banned Tehreek-e-Labbaik Pakistan (TLP) never sought that the government remove the French ambassador, contradicting claims that this was one of the group’s main requests.

The prohibited organization and the government struck a settlement yesterday, but the details of the accord have yet to be made public.

Also Read: TLP demands are accepted, except for removal of French envoy

Speaking to media in Karachi, the religious celebrity predicted that the outlawed organization will soon re-emerge as a “lawful political force.”

“We wanted to handle the matter with prudence and behind closed doors […] we requested the administration not to use force because imprudent use of force is comparable to dictatorship,” he stated.

“In the morning, the administration would reach an agreement, and in the evening, someone on TV would claim the deal had no legal standing.” The scholar stated that he desired an empowered committee with the capacity to make decisions on both parties’ behalf.

In relation to his discussion with the TLP leadership, he stated that the banned group’s leadership informed him that the government had “breached” its agreement with them multiple times, and so they simply don’t trust the Centre.