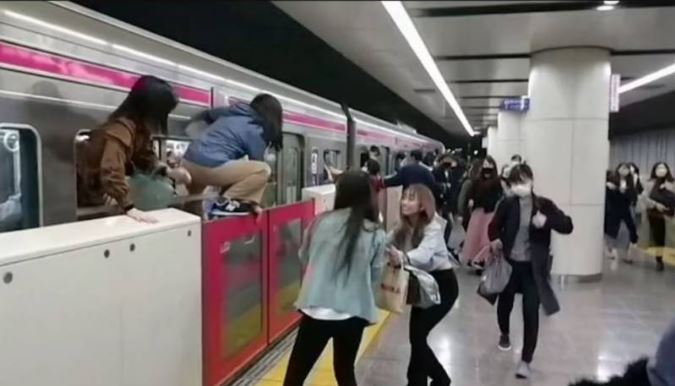 On Sunday evening, a teenage boy dressed as the Joker assaulted commuters on a Tokyo subway line, injuring at least 17 individuals.

The incident occurred at Kokuryo station, as people were on their way to Halloween parties in Japan’s capital.

The culprit poured a clear substance around the waggon before lighting it on fire. Passengers were seen fleeing out of the carriage in video.

“I believed it was a Halloween joke,” one witness said of the incident to the Yomiuri newspaper. “Then I noticed a guy dressed as Joker strolling along this street, gently wielding a large knife.”

Read More: US and Pakistan considering use of airspace for operation in Afghanistan

Police apprehended the guy, who admitted to wanting to kill someone since June in order to be sentenced to death.

Three of the injured are in critical condition, according to reports.