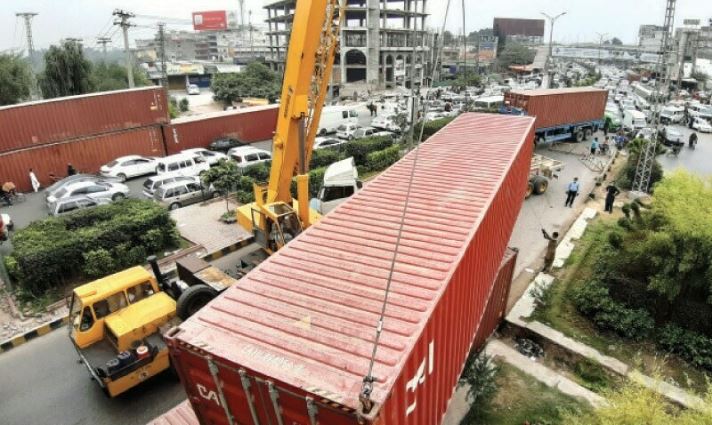 In the early hours of the morning, the government blocked both tracks of Murree Road from Faizabad junction to Mareer Chowk Saddar in Rawalpindi with containers and other obstacles.

The Rawalpindi Metro Bus Service has been halted between Saddar and Faizabad until further notice.

According to sources, Murree Road has been blocked with obstructions and police regiments from Faizabad to Chandni Chowk.

Due to obstructed roadways, school-aged children returned home, causing complications for the public. Commuters were compelled to walk to work and other locations as a result of the circumstance.

Police have been deployed in large numbers by authorities from Faizabad to the Sixth Road.

The Punjab government, according to sources, has asked DPOs in various districts to send police officers to Rawalpindi to deal with any law and order issues.

The Tehreek-e-Labbaik Pakistan (TLP) is anticipated to halt its demonstrations by Tuesday, according to Federal Minister for Religious Affairs and Interfaith Harmony Noorul Haq Qadri.

The minister stated that the government has heard to the TLP’s requests and that their protests would stop once the demands have been met.

The minister promised that the demands will be met in conformity with the law. He stated that all concerns will be settled via mutual consent.