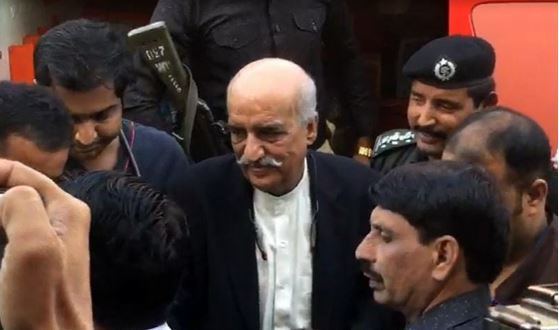 Shah has been ordered to pay bail bonds totalling Rs10 million as guarantee for his bail, and his name has been added on the Exit Control List (ECL).

Shah’s bail hearing was presided over by Justice Umar Atta Bandial, who also instructed the National Accountability Bureau (NAB) to resume its investigation but not to put Shah in prison any more.

Shah’s bail application was denied by the Sindh High Court (SHC) in July. Subsequently, he appealed the ruling of the local court to the Supreme Court.

On September 18, 2019, the National Accountability Bureau (NAB) detained Khursheed Shah, charging him of unlawfully obtaining an amnesty plot from a cooperative organization in Sukkur.

Shah is also charged by the NAB of unlawfully obtaining assets worth Rs700 million in the identities of his frontmen.