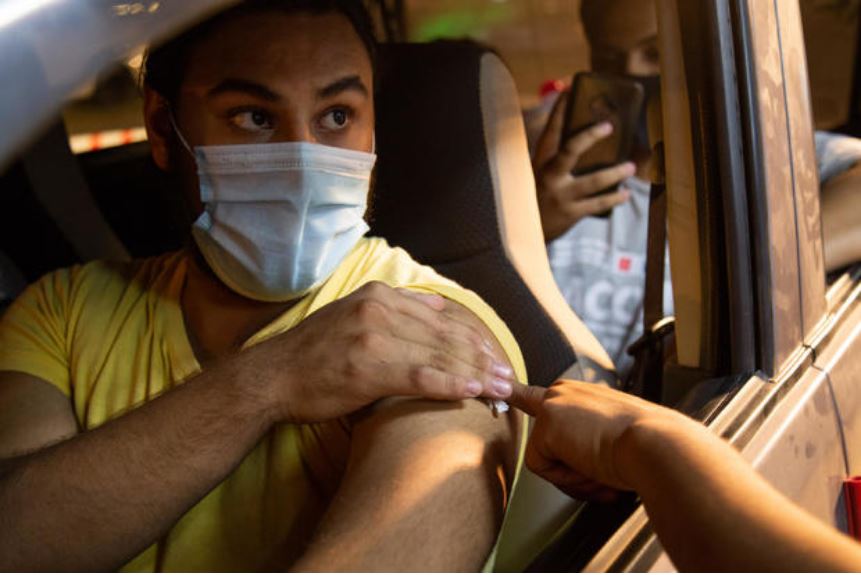 Islamabad, The federal capital becomes the first city to have fully immunised half of its inhabitants (15 years and older).

Chairperson of the NCOC and Federal Minister for Planning, Development, and Special Initiatives Asad Umar tweeted on Sunday.

“Not only have 50% of Islamabad’s over 2 million residents been properly vaccinated, but 71% have also received the first dose of the COVID-19 vaccine,” the minister added.

The minister’s tweet is in keeping with the city’s current coronavirus scenario, in which the number of new cases is slowly dropping, with the city reporting 270 instances in the previous twenty-four hours and one fatality on Sunday.

According to the Ministry of National Health Services, the overall number of patients following new admissions in Islamabad has risen to 102,617, with a death toll of 287 (NHS).

According to the NHS Ministry’s webpage, the city’s positive rate is also below 6% (5.6 percent).

Previously, in June, the federal capital was on the verge of being a Covid-19 free city, with a positive rate of 0.89 percent.

The city’s positivity level stayed below 1% for the second day in a succession on June 16.

The District Health Officer (DHO) of Islamabad also affirmed that more than half of the eligible population has been vaccinated and that the vaccination movement is gaining traction in both rural and urban areas of the country’s capital, with an increasing number of people coming to get vaccinated.

In response to reports of COVID-19 instances in the city, Islamabad Deputy Commissioner Muhammad Hamza Shafqaat enforced a sealing order prohibiting travel in many streets the day before.

According to the decree, these streets will have limited movement/controlled entrance and exit beginning September 11 at 7:00 p.m. and continuing until further notice.

The Islamabad administration has put limits on twenty-five streets in various areas, and these limitations will be maintained until additional directives are issued.

Vital services and medication shops, food stores and bakeries, patients seeking medical aid/consultation, rationing, drinking water supplies, utilities, and emergencies are excluded from this directive and will be governed by Standard Operating Procedures (SOPs) published from time to time.