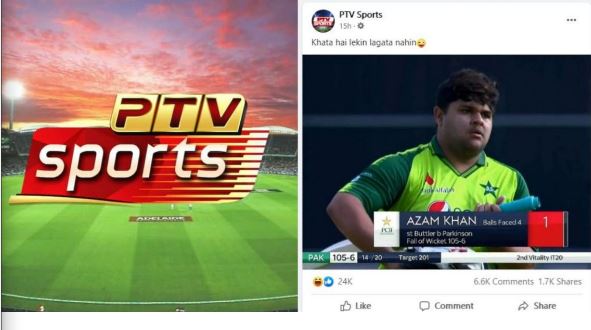 “In reaction to rumours spreading about Pakistan Television Corporation’s social media handles online bullying a Pakistani cricket player, this is to inform you that the handle promoting this behaviour is false and not related to PTV,” PTV Sports remarked.

In response to speculation circulating regarding Pakistan Television Corporation’s social media handles body shaming a Pakistani cricket player, this is to notify that the handle perpetuating this act is fake and does not belong to PTV. pic.twitter.com/ELITeqUOzL

“As the Public Broadcaster of Pakistan, we are aware of our duties and will always remain loyal to the ambitions of the citizens of the state while continuing the good presentation of Pakistan to the world,” ended the sports broadcasting channel’s Twitter feed.

As the National Broadcaster of Pakistan, we are cognisant of our responsibilities, and will always hold true to the aspirations of the people of the country & continue the positive projection of Pakistan to the world.

Previously, Pakistani stars such as Adnan Siddiqui, Faysal Quraishi, and Haroon Shahid, among others, took to social media to condemn the inappropriate statements made by the sports channel’s social media account.