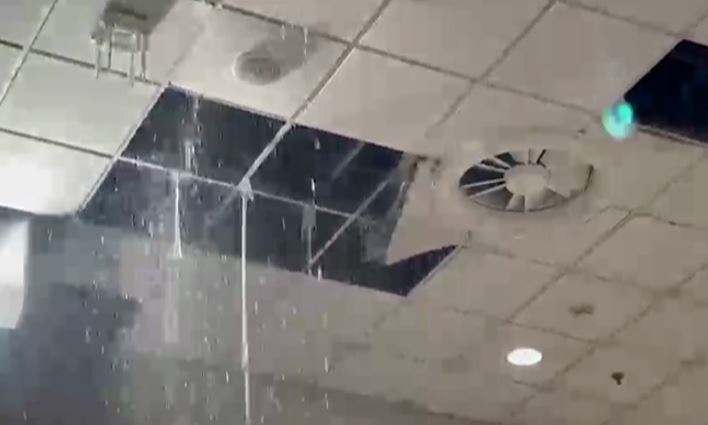 Following the recent bout of rainfall in Islamabad and Rawalpindi on Monday, rainwater flooded the Islamabad International Airport, partially collapsing its artificial roof.

Rainwater spilt from the roofs over many desks, including immigration, causing computer systems and other devices to fail.

Civil Aviation Authority (CAA) employees watched helplessly as portions of the roof collapsed owing to the volume of water.

Airport operations, however, were not halted, according to authorities, and work resumed as regular. They also stated that repair work was now ongoing and will be completed shortly.

Officials expressed their hope that similar occurrences would not occur anymore.

It’s not the first occasion that rain has harmed Islamabad’s sparkling airport. During a rainstorm in August 2020, a large piece of the artificial roof at the airport’s international departure and the terminal hall fell.

After the event, there was a significant amount of water leaking in the hall, but nobody was hurt.

The Islamabad International Airport, which cost Rs105 billion to construct, opened in May 2018. It features two 12,000-foot-long, 150-foot-wide airstrips, as well as taxiways and facilities for wide-body aircraft.

Since the airport’s opening less than seven months ago, a number of issues have happened, including the fall of the false ceiling, clogging of sewage lines, and the accumulation of smelly water in workplaces.

When the customs cargo (airfreight unit) building began to collapse barely six months after it opened in 2018, authorities decided to relocate all personnel and workers to another location.