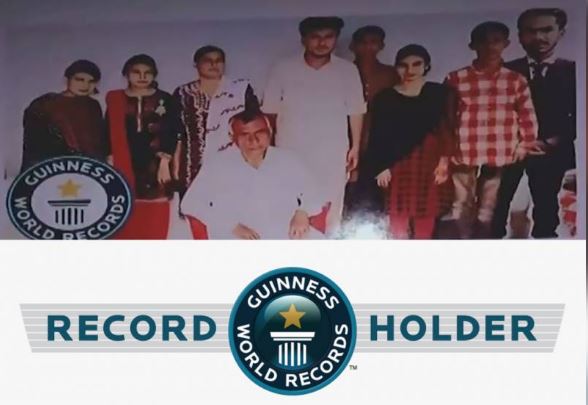 A Pakistani family has set a record for the majority of generations born on the same day, with all nine family members born on August 1.

According to local news reports, Guinness World Records, the world’s institution on record-breaking performances has awarded the certificate to Pakistani family head Ameer Ali Mangi, a Larkana native and schoolteacher by occupation.

Ameer, his wife, and their seven children, totalling nine people, were all born on August 1st.

Four twins were born on the same day as the other children. Surprisingly, the man also married on August 1.