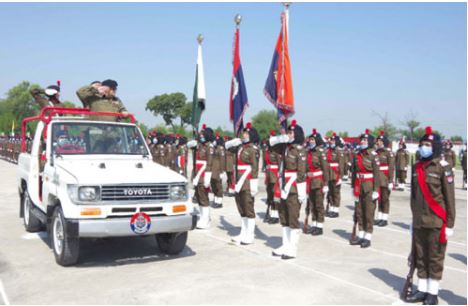 On Thursday, the very first class of more than 300 female constables was graduated from the Police Training College in Sihala.

During the training at Sihala Training College, Aqsa Khalid of the Sialkot region earned first place overall, Soha Safdar Ali of Gujranwala got first place in the parade, and Sidra Bibi of Kasur received the Commandant’s Trophy in the shooting.

Read More: Lahore police: woman who accused family friend of raping her has agreed to marry him

In his remarks at the occasion, he stated that the Punjab government is committed to gender policing inventiveness and that every man and woman has the constitutionally protected right to go to the police station and address their complaints.

He stated that the employment of female police patrol officers and officials will provide women with a sense of security while attending police stations and that Punjab Chief Minister Usman Bazaar is attempting to alter the police station culture.