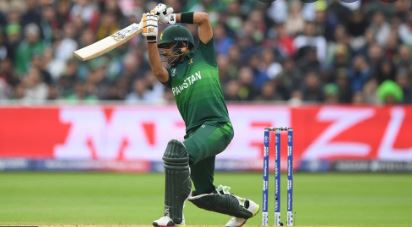 Pakistani Twitter users are congratulating Babar Azam for being the fastest batsman to achieve 14 ODI hundreds, surpassing Virat Kohli and a number of other international players.

Pakistan lost the game (and series) against England, but Azam’s 158-run knock broke numerous records. It was Azam’s best one-day international knock, making him the quickest player to reach 14 ODI hundreds by innings played and the first Pakistani skipper to make a 100 in England in 38 years.

Fastest to 14 ODI centuries, by number of innings:

He also became Pakistan’s first skipper to hit 150 scores in an inning.

Social media was flooded with congratulations for Pakistan’s skipper.

Some found strange delight in his ability.

There was a lot of hilarity surrounding India’s Kohli.

Others, like musician Asim Azhar, cautioned audiences not to question their own brilliance.

After Azam went out for a duck during the first ODI and 19 in the second, some supporters had lost all hope. England also won both of those games.

However, many regarded the 158 as a vindication for Azam, who had earlier ousted Kohli to become the world’s top ODI batsman.

How it started how it's going

The crowd at the Edgbaston Cricket Ground applauded his innings with a standing ovation.